The OnePlus 6T is reported to come in January of 2019, which is not that far away considering the number of improvements the company is making in such a short notice. We have previously covered how OnePlus 6T will engage users in terms of its waterdrop design. the notch will be present but it will be ever so subtle not to disturb the content being displayed. However, there’s more. The net iteration of the OnePlus smartphone is also expected to feature an in-display fingerprint sensor. Moreover, the latest reports indicate that the device will also house a triple lens camera setup for advanced imagery.

OnePlus never seems to get away with innovation. The short release cycle which we have adhered to in the oast few years indicates that it is consistently listening to its customers. Better, the company is also keeping up with the changing trend with an impeccable speed. This does not bring users what they hope to get at a mid-range price but also reaps ample revenue in terms of sales.

In addition to this, OnePlus is also looking to expand into new markets whereby chances of attracting new customers would also be part of the forthcoming profits. Seemingly, OnePlus 6T will be another addition to the flagships from the industry bringing in new technology and innovation at a pretty reasonable price. 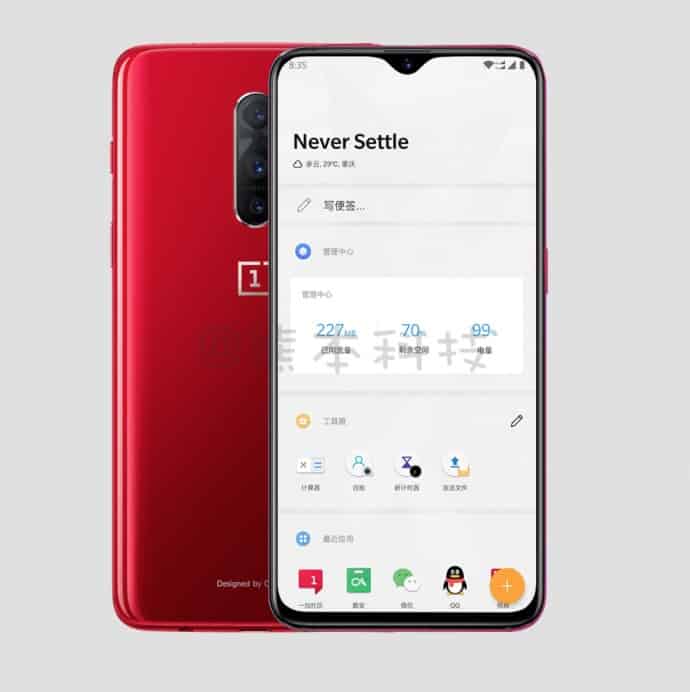 From what we know at this stage, OnePlus 6T will feature a vertically aligned triple lens camera set up at the back. This will not only keep the company on par with the motives of the rest of the smartphone industry but also add advanced imaging capabilities. For instance, 3x optical zoom is one of the features derived from the triple lens camera. Moreover, comparing the price, OnePlus 6T will be a die-hard favorite amongst users who are opting to get the Huawei P20 Pro.

As we have mentioned earlier, OnePlus 6T will house an in-display fingerprint sensor so the rear side of the handset will be mostly clean. We expect the company to ship the device at the same price as the OnePlus 6 – $529. It will be powered by 6GB of RAm and the storage will be kept at 64GB. Also, we presume the company will still opt for the glass back coming in different versions. However, we can never be too sure unless we hear the official news.

What do you think? Will the OnePlus 6T be an incremental upgrade or no?