ASUS NovaGo is the first 2-in-1 hybrid from the company to feature the powerful 10nm FinFET processed Snapdragon 835. While the chipset will never be as powerful as an Intel or AMD processor, the company has not targeted to those that demand the best processing power from laptops. 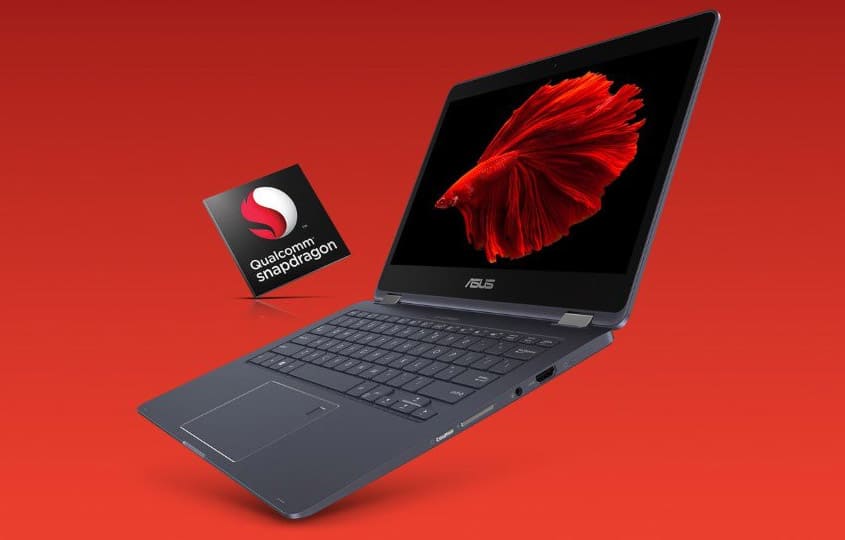 Instead, in an era where notebooks are able to provide decent battery life such as the MacBook Pro and Dell XPS lineup, the ASUS NovaGo powered by the Snapdragon 835 takes it to the very next level. Could you have imagined a notebook featuring 22 hours of battery? No right, but there is something else too that you should know. ASUS claims that the laptops it will be released down the road will feature 30 days of standby battery life.

These machines are going to be targeted to buyers who want a mild bit of processing power and a whole lot of battery life to go along with the entire mix. The ASUS NovaGo will be running Windows 10 S so there are lots of limitations when running this operating system. Luckily for you, you can re-install the regular copy of Windows 10.

As for the specifications, the starting model will get 64GB of internal memory and 4GB of RAM but will be retailing for $599. There is also another variant of the ASUS NovaGo and it will feature 8GB of RAM and a 256GB SSD. It will be available for $799.

The laptop is a hybrid design and features a 360-degree hinge with a touch screen too. While you can upgrade to Windows 10, do keep in mind that not all Windows apps have been tested for ARM’s processor support. The price tag is also a relatively steep one, but if you’re going to be using the hybrid for media consumption and light word processing with a lot of battery life to experience, then you might have found the next product for your everyday use.