Best Android Flashlight Apps That Are Free From All ODDS

Android apps can be pretty annoying sometimes. They might ship with lots of malware and intrusive advertisements. Acquiring additional permissions is also one of deep thought. We heard a lot about apps spying on users and selling personal information.

Especially when it comes to flashlight apps on Android, make sure to be alert. As controlling a flashlight is a very basic function for a developer. They intentionally ask for additional permissions to get good access and control over your data. Although Android 5.0 offers built-in flash light options and all the latest flagships are well equipped with this feature. But Android users prefer 3rd party flashlight apps over stock Android options. We highly recommend you to install only the most trusted apps from play store.

And if you are looking for an add free and malware free flashlight app, that is fast, cute and stable. Let’s get over to the mighty list of 5 Best Android Flashlight Apps.

Lytish flashlight is our top pick for so many reasons. Although the Google Play ratings are not in favor of Lytish, but you need to try it out once. As it’s minimal yet, elegant design is full of every feature you need. The cute little screen widget sits firmly on the home screen, and functions well enough like a switch. And trust me, flashlight won’t turn off even if the screen goes off!

There are plenty of more features like a screen illuminator, auto-shutoff timer, strobe light effects and much more. Lytish is a very stable and lightweight and fast flashlight app for Android. Its minimum permission requirement makes it stand out loud. Although it’s not very famous in the market, but we believe that it is something worth installing and using for years. 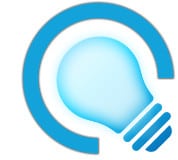 Looking for a flashlight app with no frills? Try Flashlight ☼, A simple, light-weight and lighting app for any android phone. It won’t ask for extra permissions when you install and sit tight without messing around. We tested this app to be completely ad-free and passed all anti-virus scans.

It also won’t get killed by turning or locking home screen. But it turns off once you place the phone in your pocket. The size of Flashlight ☼ is too small to believe that it contains a lot of widgets and themes to fall in love with.

Privacy Flashlight by its name ensures much more about our concerns. Yes, it’s based on the story that flashlight apps are deadly spying on us. With 0% ads and bloat, Privacy Flashlight is a very powerful tool to light up your world.

The features are good enough to forgo any of the best-rated flashlight apps on Google Play Store. The design is decent for mature people, and the widget seems nice on the home screen. Timer settings can turn off flashlight automatically. Where you must check out their video on Playstore app page to get a better understanding of this app. 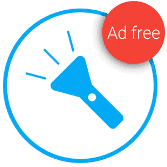 This is again a masterpiece of Android development. The logo itself promises no ads, which means no spyware or bloatware. The features are much more than usual to use android flashlight efficiently.

White Light Flashlight app promises to deliver elegance in a small package. Offers great switch options on the home screen, notification panel and even on a lock screen. It only wants access to the camera as a permission which defines everything so well. The interactive UI and themes are quite charming; that forced us to include in our list of best Android flashlight apps.

This is a default flashlight app in Asus Zen-phone Series. No doubt the Zen-UI is yet a very stunning GUI in Android world. LED Torch Light offers enough features to light your world amazingly. The professional outlook makes it more powerful and trusted.

This Android flashlight app is again from a trusted developer and ensures to be free of all the odds. Grab it today, and it might become one of your favorite flashlight apps in no time.

So, have you already installed an app from our mighty list of best Android flashlight apps? Do let us know in the comments below!