How to install emulators on your iPhone or iPad [Without Jailbreak] 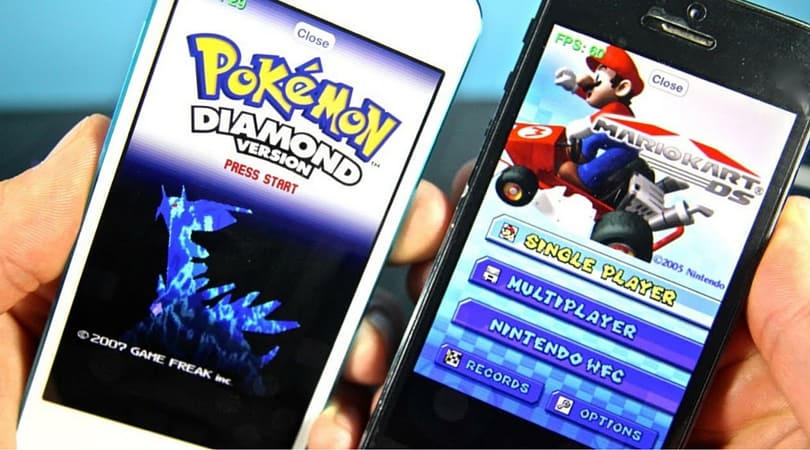 Everyone likes to play the popular classic games on their iOS devices using the most popular game emulators for iOS such as GBA4iOS, Nintendo DS, PSP, GBS, NES, SNES and GBA. By now, you would have noticed they stop working after some time as Apple releases new updates and patches the exploit. You don’t have blame the iOS developers for releasing new security updates, they are to make your phone secure. When you install the emulators, you are indirectly giving full access to your iPhone or iPad.

Today I am going to share another best emulator for iOS that is working on all versions of iOS 9 including 9.3.2, 9.3.1 & 9.3. Hopefully, this one lasts longer! Download and installation process is simpler and won’t take long, so let’s get started.

Installing Emulator on iOS without Jailbreak:

Step 1: First of, you need to install WeChat app from the app store on your ios device.

Step 2: This step is pretty straight forward, launch the WeChat and sign up using your phone number, confirm with the code.

Step 3: Once your account is confirmed and set up, now and search for “Xiaojigame”. Double check the spelling, a number of users are getting it wrong!

Step 4: On the next screen you should get some Chinese words, follow the user.

Step 5: When that page opens up, tap on the “iOS” button located at the bottom.

Step 6: In the conversation that appears next, tap on the blue link shown in the screenshots above. It’ll be in Chinese language.

Step 7: On the next screen, tap on the ellipsis “…” button to open a Share Sheet, and from there tap on “Open in Safari” button.

Step 8: Now Safari will launch and load the webpage. Tap on the “Step 1: Download for iOS” button.

Step 9: Tap on the “Install” button to begin installing the emulator. Now the emulator app will download and install on your device.

Step 10: Once installed successfully, you should have a new app called “Happy Chick”.

Step 11: We are still not done. You need to trust the software by going to Settings > General > Device Management > Shenzhen Misi Interactive Entertainment.

Step 12: Finally you can launch the “Happy Chick” app. The app will ask you for an activation code.

Step 13: Open the Safari app tab where you should have the recent webpage you were just using, and copy the activation code.

Step 14: Now return to the Happy Chicks app and paste that verification code and tap Activate.

Congratulations! You’ve successfully installed emulator on your iPhone. You can easily search for your favorite classic games titles. You are now having access a number of different iOS emulators that you can simultaneously install on your device.

How to run Android Apps on Windows and Mac

How to Install GBA4iOS Emulator For Free iOS 10 Without Jailbreak