Apple recently announced iOS 11 beta 1 at 2017 at Worldwide Developers Conference on 5th June 2017. The beta version is not currently available to the mainstream users. Only the individuals registered in Apple Developer Program enjoy the distinguished liberty to get their hands on this recent update.

Apple has not yet officially announced the release date for any further releases. However, we all have to wait for the final and stable release of iOS 11, which will only be unleashed when Apple releases the most anticipated iPhone 8, most probably later this September. 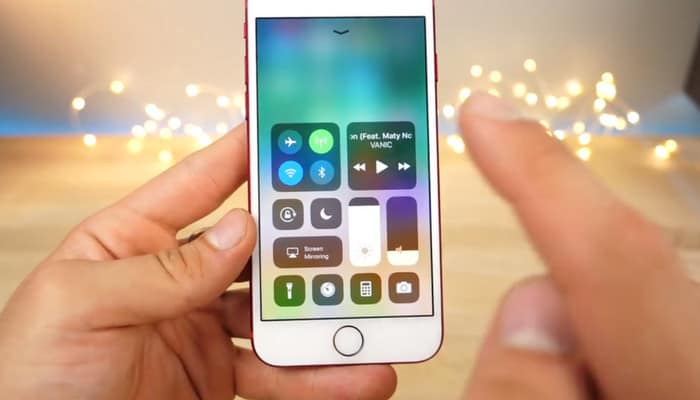 iOS 11, which is the successor of iOS 10 of course, is the biggest and major update to iOS with a number new added features as well as new UI update.

iPads are replacing the laptops, and the latest beta update has just made that more evident. It does not only facilitate multitasking, but it does the task way more elegantly. While it allows you to open another app from the dock, it keeps both of them alive in split and slide overviews. You could even drag one of the apps to the left of the screen and enjoy the redesigned App Switcher. The recent update also allows you to sync and organize your files (originally stored on any app, drive, or any other iOS device) at one place. Furthermore, it also allows you to use the latest drag and drop feature to move images more conveniently.

The latest update also comes with ARKit. This is indeed a great milestone which enables the developers to create stunning virtual content. Let it be gaming, designing or any experience that requires user immersion; this computer vision technology make it seem like a breeze and connects the user digitally with the real World. It also comes with an embellishment to the processors, motion sensors and incorporates a built-in camera.

In iOS 11, Siri is not just about communicating with the phone owner. It is way beyond that and the true measures of artificial intelligence and machine learning work within its cores to bring about a personalized feeling. It taps your phone usage and determines your interests. Later, the results are displayed as you type in different apps. Moreover, it also allows you to switch between different voices while adjusting pitch, tempo and facilitating translation.

4. Revitalization of Camera and Photo Features

Now you could capture portrait mode images with Optical Image Stabilization, HDR, and True Tone Flash. This functionality gives new life to the photos. If you are fond of capturing live photos, the loop and bounce effect is there to rock you. While you could view Memory movies in both portrait and landscape modes, the latest HEIF technology diminishes the size of each photograph taken with iPhone 7 and iPhone 7 Plus.

Apple has made transactions way more convenient. You could ask Siri to pay someone from your wallet or even pay them directly through the messaging interface. The payment is transferred instantly.

6. Do Not Disturb Mode

Now you do not have to put your phone on silent mode manually. The recent update allows your phone to detect automatically and if you are driving, it silences all the notifications. You could set up an autoreply in such cases.

Now that we have got a rich taste of the new update let us get down to having it in our devices. Once you have realized that your device supports iOS 11 beta 1, you should take a full backup of your data. Just to be on the safe side, as you always do!

Here comes the shadow of intelligence! Now you could just swipe and switch between the apps instantly on your iPad. Not only that, but the dock possesses the capability of syncing with your demands. It ensures that the recently visited apps are readily accessible and appear on the right side of the dock.

Hurray! The latest iOS update now enables drag and drop feature as well. Since iPads have relatively larger screens, it would be even more fun to use the feature. No select, copy, paste required. Just click on anything you want to move around and drop it anywhere on the screen.

We all know the hassle to switch the keyboard from punctuation, back to the text or numbers. Well, not anymore! Whether you want to type a number, text message or even if you want to punctuate the text, everything is offered on the same panel.

Apart from all these ever wanted changes, the latest version also comes with a substantial upgrade to Siri and an exquisite touch of Augmented Reality. It enables you to view the digital World very realistically, just like its right in front of you! Yes, I know, Apple’s back should be patted for it!

Now that we have got a delicious taste of the new update let us get down to having it in our devices. Once you have realized that your device supports iOS 11 beta 1, you should take a full backup of your data. Just to be on the safe side, as you always do!

Apple developer account is not free and costs around $99/year. But how do I download iOS 11 beta 1 without Developer account? No worries, we’ve got you covered, Anonymous iOS developer has shared his profile where you can download and install iOS 11 beta without PC using an iOS 11 compatible device.

Please note that due to more traffic and downloads from a single profile, Apple might take down the download link!

Here is how to do it: 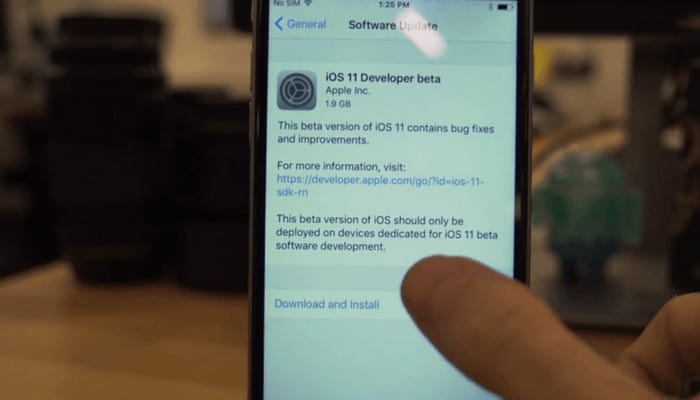 That’s it guys, Enjoy iOS 11 beta on your iOS device. If you’ve got iOS developer account you can also follow the step-by-step procedure given with clear screenshots.

Wait, before proceeding, please ensure that you are a member of Apple Developer Program. If not, then please apply first. If you are already registered, skip to the steps. 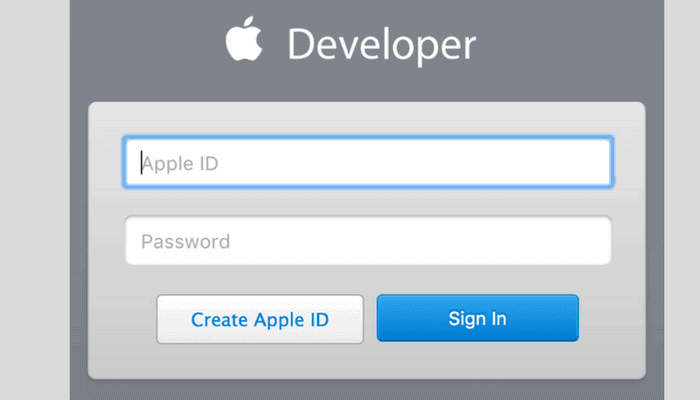 Step 2: Now register your UDID that is against the device you want to install the latest iOS update on. In case, you are not familiar with the UDID of your device, proceed to step 2(a), otherwise, move to the next step.

Step 2 (a): Plug your device into iTunes and select once it appears. After that, click on the serial number to show your device’s UDID. Either note it down somewhere or just copy and paste the UDID.

Step 3: Once you have logged in, you would see the main ‘Account’ section. Choose Certificates, Identifiers, and Profiles. 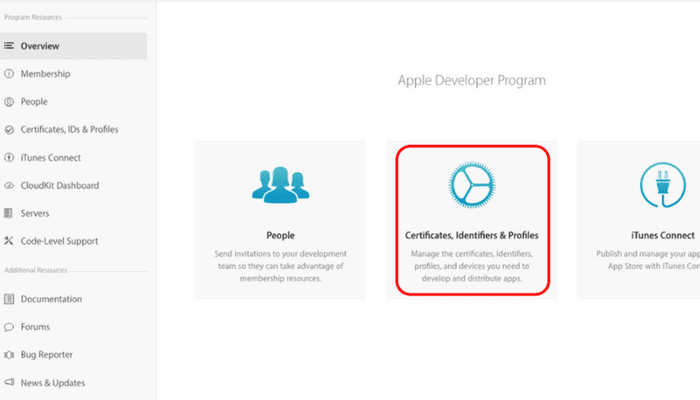 Step 4: Now that you have copied and pasted (added) the UDID of your device, do the following: 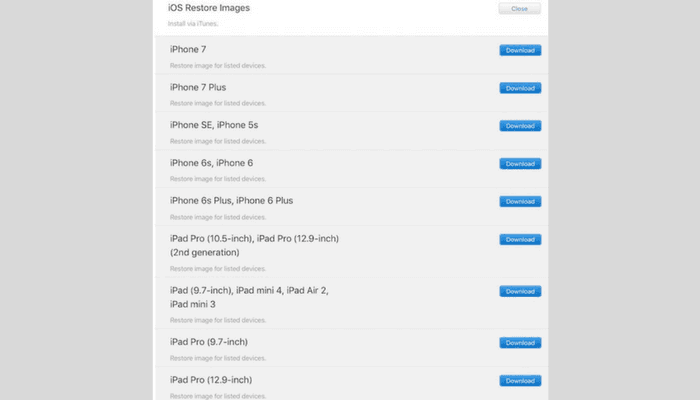 If you are not comfortable with this method and want to install the update using OTA method, go to step 4 (a), otherwise just skip to the next step.

Step 4 (a): There is a download page mentioned just above your iOS device, click on that and then hit the ‘Download’ button which is just alongside the Configuration Profile. This procedure may require a restart, but as soon as the profile is set, do the following: 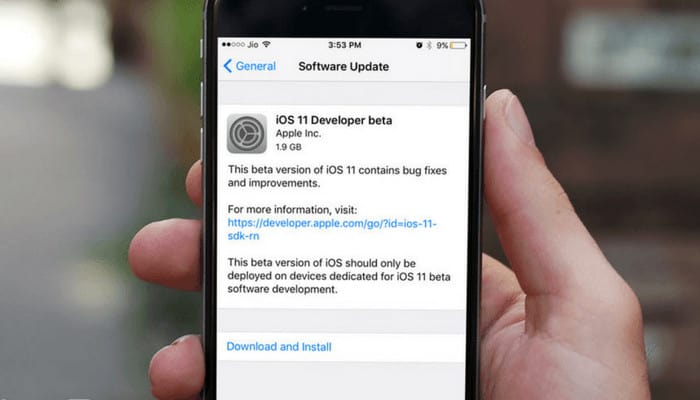 Boom! You have the new firmware now!

Step 5: You must ensure that you have the latest version of iTunes on your laptop.

Step 6: Launch iTunes and connect your device to the PC

Now just allow the setup to install the latest beta version of iOS on your Apple Device. The process might take a significant amount of time depending on the hardware capabilities of your PC and device on which you wish to install the update.

After successful installation of iOS 11, the device will reboot automatically and greet you with its ever new welcome screen. Don’t forget to let us know and share your feedback in the comment section below.