According to the latest reports from China, the upcoming Samsung Galaxy S9 will have a 3,200mAh battery and it will charge at 12 watts. So, the upcoming flagship from Samsung will have improved battery capacity. It will be better than its predecessor that had a 3,000mAh unit and it charged at 11.7 watts. So, the charging speed will not change significantly and Quick Charge 3.0 will remain to be a part of the package that will be sold in America and China, according to sources. 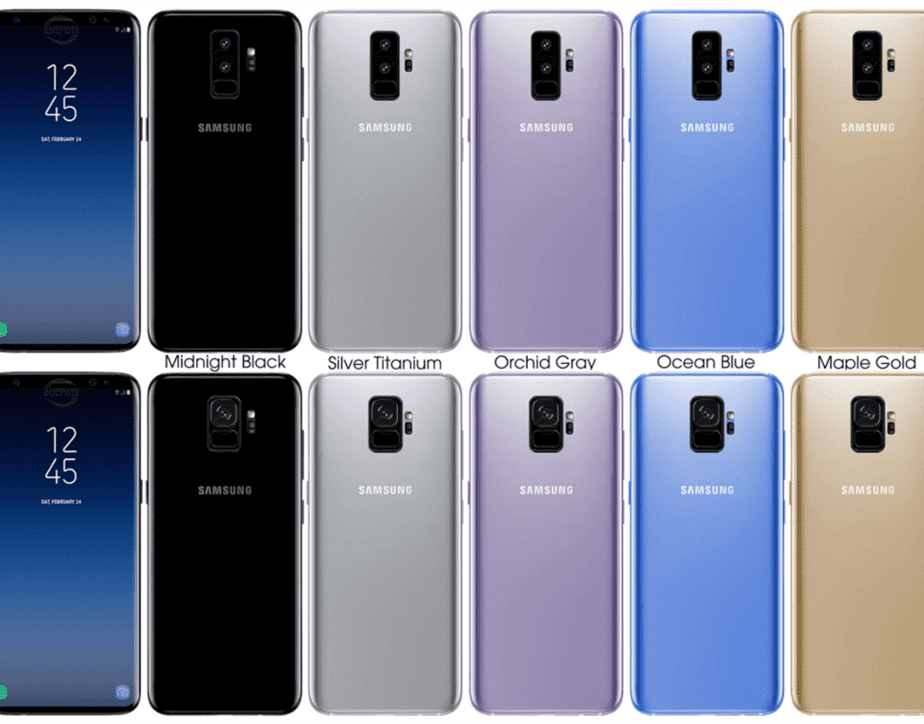 The rumor is in line with previous reports which stated that the Galaxy S9 and S9 Plus variants which will be equipped with Snapdragon 845 will not have Quick Charge 4.0 because Samsung doesn’t want to pay additional licensing fees to Qualcomm.

The units which will have the Exynos 9810 SoC which Samsung announced earlier will have a better version of Samsung’s Adaptive Fast Charging technology, apart from supporting quick wireless charging that will be based on both the PMA and Qi standard. The original equipment manufacturer from South Korea is beginning the mass production of Galaxy S9 and S9 Plus next, says the same source. 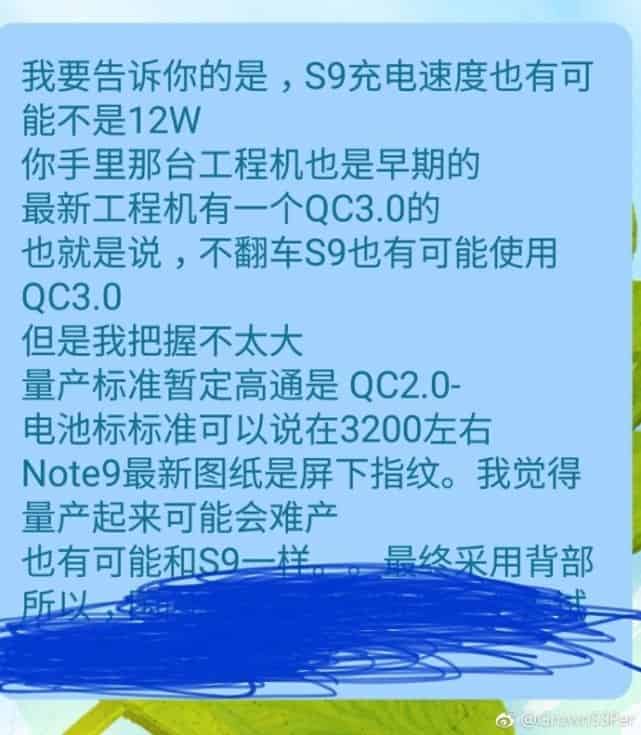 The trial production run of the phones was already completed in October and successfully achieved satisfactory yield rates. Given the current situation, the South Korean giant has everything in place to market the S9 lineup in January, although it has no plans to do so and will instead be announcing it closer to Mobile World Congress 2018 which begins in the end of February, according to industry sources.

Samsung wants to refine the formula of S8 series and it will not introduce any major innovation with the S9 lineup. The smaller Galaxy S9 might not even have a dual camera setup and will come with 4GB of RAM, while the 6.2-inch S9 Plus will have 6GB of RAM, possibly 512GB of internal flash memory that will be expandable through a microSD card, and a two-sensor imaging system.