Samsung unveiled its next in line flagship a few hours ago and we’re really excited to see how the user experience will be like. The company revealed two devices, the Galaxy S9 and the Galaxy S9+ with features which would definitely entice and ultimately lure users into buying it. We have an in-depth announcement covered as well, detailing all of the features part of the Galaxy S9, so do check that out as well. 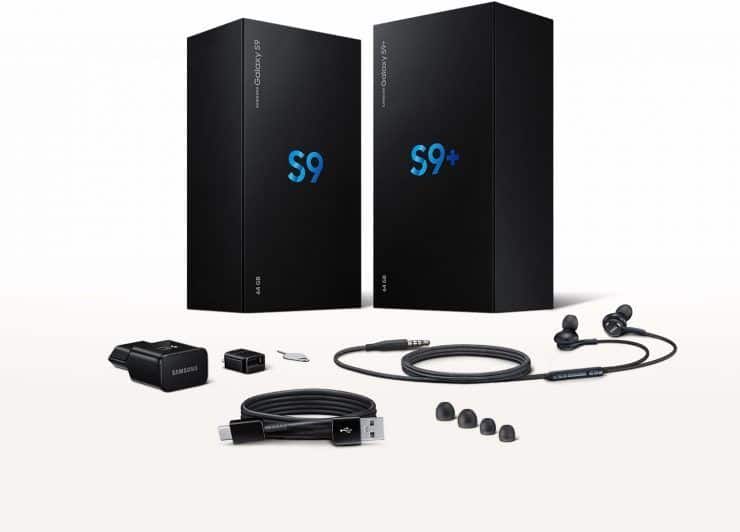 Apart from the device with its plethora of new features, we’re also curious what Samsung might have added in the retail box of the device. Samsung has always been quite generous when adding a bunch of goodies and we’re anxious to see it.

Samsung Has Generously Added A Bunch Of Accessories In The Retail Box, Check It Out

We previously covered all major aspects of the device, detailing features to come, features to be added in the future and more. Moreover, the thing’s we didn’t cover appeared on the leaked launch video of the Galaxy S9, which was a bummer for the company.

While most of the additions might not be useful to the average user, Samsung ships them any way. This has allowed the company to build good will. The company has added features that compliments the improved infinity display and much more. We will share more in-depth details on the Galaxy S9, so be sure to visit our website for more information. Moreover, we will be covering the MWC 2018 in detail, ranging from smartphones, tablets, notebooks, consoles and much more.

Share what you feel about the Galaxy S9 and its bigger plus sized variant in the comments section below.