In less than two months, Google is set to unveil its biggest flagship devices of the year. While there have been immense leaks before on the Google Pixel 3 XL along with its smaller variant, there were aspects which were never previously discussed. Moreover, what potential customers always have on their minds is the idea of what they would receive in the complete package. Now, we might have a new leaked unboxing video of the Google Pixel XL which shows ample information to speculate what the company might have in store for us. 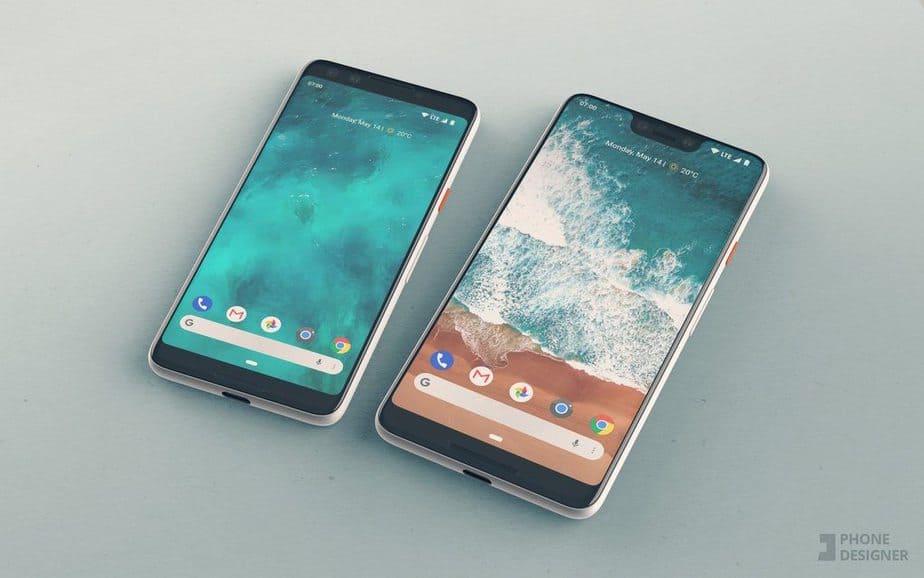 Even though Samsung’s Galaxy Note 9 event is set to launch tomorrow, we can’t ignore the fact the Google Pixel 3 XL gigantic leak. Previously, we talked about how the smaller Pixel 3 will feature an 18:9 aspect ratio this time around while the bigger Google Pixel 3 XL will feature a notch. It was also reported in new Benchmark tests that the bigger of the duo will feature 4GB of RAM and QHD+ resolution. Today’s leak contributes to what the device will look like and what users will get inside the box.

Google Pixel 3 XL Leaks In All Of Its Glory – Check Out the Entire Unboxing!

The panel leaks and screen real estate we covered in other posts gives room to a gigantic notch which will be present on the front. Design wise speaking, the Google Pixel 3 XL notch will be quite bigger than other flagship smartphones. Not that it will be bigger, but it is quite deep or inbound, pouring down from the top portion of the display. Check out the image slideshow for more details.

Looking at the leak, Google is pretty far ahead in the production cycle. This is justified by the fact that the company has sent review units of the Google Pixel 3 XL and one of them has leaked in all its might. The unboxing video surfaced on Telegram by Канал Лучкова and nearly every inch of detail was revealed.

As you can see in the unboxing video and pictures added, the Google Pixel 3 XL features a gigantic notch up front. The device features a true-tone design in terms of design as can also be seen on the device’s predecessor. There are no dual rear-facing the camera as well, so we don’t know how to respond to it since the industry is moving towards triple lens camera modules. Not that we’re doubting Google’s capability of having the best camera, but still, you have to wonder.

Inside the box, you will get USB-C earphones which resemble the Pixel Buds, an OTC connector, Type-C charger,  and stickers, which is always a welcome addition. Check out the video for more details on the unboxing.

What do you think about the gigantic notch on the Google Pixel 3 XL? Share your valuable thoughts in the comments.

How to Screen Record on Google Pixel 7 / 7 Pro

How to take screenshot on Google Pixel 7 / 7 Pro