How to Record Calls on iPhone iOS 10 without Jailbreak

If you are an iPhone user, you must have felt the need to be able to record calls at one time or another. The way Apple has created iOS guarantees complete security and privacy for its users. The only drawback of having a closed operating system is that it doesn’t allow us to record our phone calls. You can’t even route the call audio through AirPlay to record it using an external app.

This restriction is the only reason that there are almost no call recording apps available on the App Store. Users have used jailbreak as a workaround for this problem as several tweaks and apps let you record calls if you are jailbroken.

The real problem arises if you don’t have a jailbroken phone. Even though extreme measures have been taken by Apple to limit users from recording the call, you can still exploit a loophole involving voicemail to record calls on you iPhone. Let’s take a look at the whole process, shall we?

The trick essentially uses your carrier’s voicemail to record your call and does works for all calls including regular phone calls, Wi-Fi calls, and FaceTime calls, but there are a few things to keep in mind before starting the process.

First, you have to make sure that your carrier supports the iPhone Visual Voicemail feature as well as three-way calling. Your phone must also be connected to the cellular data network. Although not compulsory, Call Waiting should be disabled by going into Settings, then Phone and clicking on Call Waiting.

Some carriers limit the size of Voicemail inbox and the length of a single message so keep this in your mind as well. Finally, you should make sure that your iPhone is running iOS 9 or later as older versions of iOS don’t completely support this feature. So, now that we have the pre-requisites out of the way, let’s look at the step-by-step guide below:

Just follow this method step-by-step, and you’ll be able to record calls on you iPhone quickly. We know that it isn’t as easy as recording a call on an Android device but still, something is better than nothing and we believe that all the hassle is worth it when you consider the huge advantage you receive. 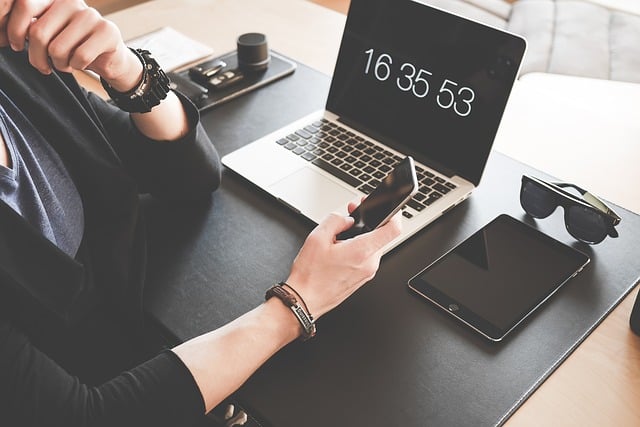 It’s not free, but it is the easiest way to record incoming and outgoing calls by just tapping record button. You can record unlimited calls for a year by paying around $9.99. The app does not notify the other party when you’re recording the calls.

Overall, I like this app because of its simple UI and features that anyone can use. But this is not the only app, you can find more similar apps down below. Make sure you’ve iOS 8.0 or later.

IntCall is also not free and charges are based on pay-per-minute, means the more duration calls you record, the more you pay. 10 cents a minute seem reasonable for domestic calls. Plus call recording audio files are stored locally on your phone that can be accessed anytime.

It is another good choice if you’re looking for an app that can record your important call conversations for a reasonable price. The only downside is you will need to have an active WiFi connection to use the app. You can try and test the service for free as new users are given free credit.

Another useful app that gives you around 30 mins free call recording a month and if you need more additional minutes recording then you need to buy credit based on your needs. They have got different packages with pretty good pricing.

This is all folks. I have shared a free method and some paid apps that can let you do the work. In the end, it all comes to your personal preference and choice the best method or app based on your needs.

The Ultimate guide to Activating any iPhone Without Sim

Here’s How to Create Apple ID Without Credit Card