Do you want to install the best screen recorder on your iOS device because the built-in recorder doesn’t suffice? Last week, I was playing a game, and I really wanted to record it since I was making the highest score, and I wanted to keep a record of it. I tried installing one of the best iOS screen recorders available at iTunes, iRec, but sadly, it needed by phone to be jailbroken. If I did, Apple would’ve canceled the warranty as it’s not been a year yet since I bought my phone.

I could neither lose my gaming record nor could I wasting my phone’s warranty by jailbreaking it. So, I found a way to install iRec that is also known as EveryCord without jailbreaking.

Here’s the step-by-step guide I followed and installed it.

Here are the step-by-step instructions to install iRec without jailbreaking your iPhone or iPad running iOS 10 and 10.2. 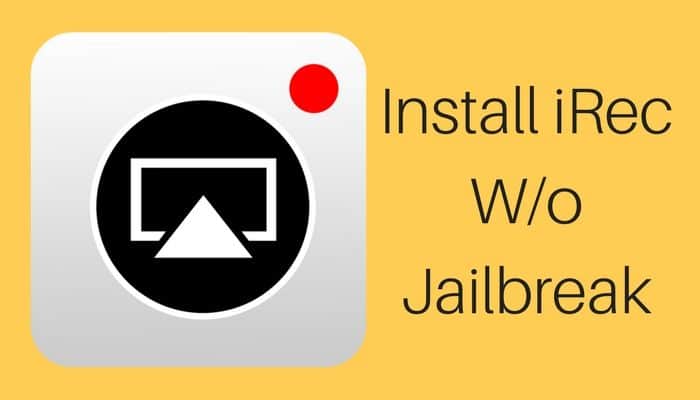 Since it’s a way to install iRec without jailbreaking your phone, you can’t use iTunes. First, you need to get an EveryCord IPA file for your non-jailbroken phone from a non-Apple store. Download iRec IPA.

2. Get Cydia Impactor or Xcode for Installing

Once you are done with the second step, it means you have already installed iRec on your phone, but you still can’t use it. Why? Because according to Apple, you have used an alternative, so there are some restrictions. Here’s how to break the restrictions and launch the app on your phone.

Move out of Settings and search for EveryCord on your phone. Now, you can easily launch it and use it without jailbreaking. You will have access to all of its features, and there isn’t any difference between the one you get from iTunes by jailbreaking.

That’s it for now. Share your comments below and let us know if you have successfully installed iRec on your phone without jailbreaking by using the method above. You can also comment if you need any help, I will be happy to assist you.

The Ultimate guide to Activating any iPhone Without Sim

Here’s How to Create Apple ID Without Credit Card