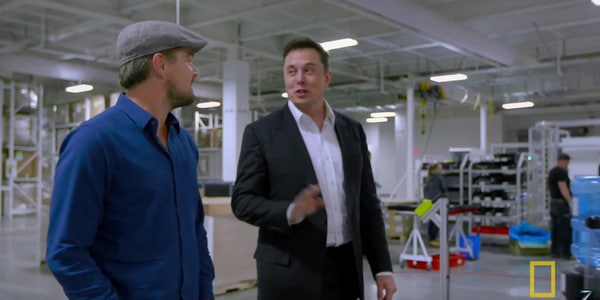 The documentary will be available on the National Geographic Channel on October 31st.

You can watch the official trailer below, Where Tesla CEO Elon Musk talks with Leo touring the Tesla Gigafactory. Elon Musk tells him that around 100 of these factories are needed to get rid of fossil fuels from the global energy equation and move to a cleaner and sustainable energy.

Along with Elon Musk, many prominent personalities are featured in the documentary Barack Obama, Pope Francis, Bill Clinton and John Kerry, among others.