The MacBook lineup is pretty high-end and expensive. To challenge the hardware and the software experience, not to forget the price point, Microsoft has its own Surface lineup, Surface Pro being the top product. However, the company never seems to rest when it comes to introducing new products. Now a new device has been teased with a 10-inch dual display that fits right in your pocket. Moreover, the device is codenamed Andromeda and boasts a lot more than its smaller form factor. 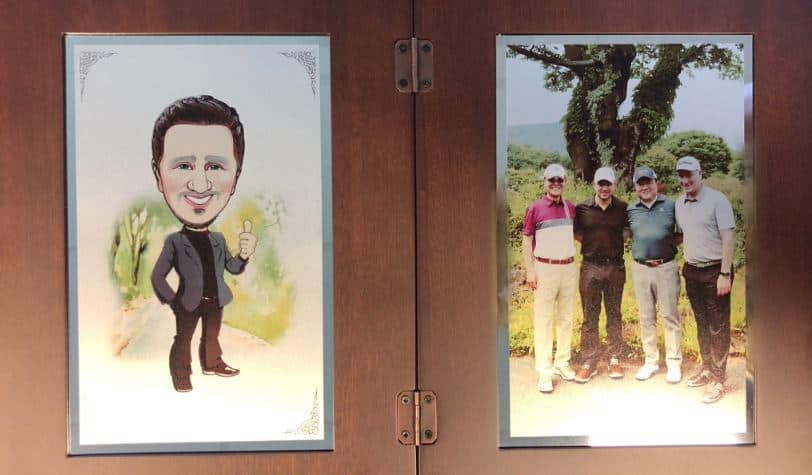 The software giant has sourced LG panels for its forthcoming Surface device. The Chief Product officer of the Surface team, Panos Panay has coined that the upcoming Surface device will boast dual displays. The top executive took to Twitter and shared a picture that shows two wooden paneled screens hinged together.

One of the screens shows his caricature in which he seems to be thanking LG Display. The other screen shows a group of people standing together in a double-digit frame. The image shared by Panay indicated and hints at a future device with a screen size of nearly 10-inches, which is hard to estimate at this point. the image also indicates how the display of the device will be.

Panos Pany’s Twitter post was also given a thumbs up by the former Windows CO, Terry Myerson. While we do not look for a deeper meaning here, it could just be a good gesture from the ex-executive.

Do you think they got the resemblance right?
Huge thanks to LG Display for the awesome caricature. #nailedit pic.twitter.com/vejlOIVuoK

As we have mentioned earlier, the upcoming surface device has been codenamed Andromeda internally and the company seems to be working to drag the device out of the testing phase, which we’re also not sure at this point. The Surface device will feature a brand new design and form factor, and it will possibly be aimed at the portability side of things.

The fact that the company is planning to put two displays together means that the device will not feature a mechanical keyboard and instead software keys will be used. The company is also making the required changes in Windows 10 to cater to the support for a smaller display and mechanics. The GPD Pocket Mini Laptop is one such laptop that exists in a similar form factor but features only a single 7-inch display.

What do you think? Would the company release a new Surface device soon? Share your views with us in the comments section below so the whole community could benefit from it.