It will most likely be available in the color black, just like its predecessor. This information corroborates a recent report by the famous Twitter leakster Evleaks, who suggested that Galaxy S9 and S9+ could be unveiled at CES 2018 in January.

Galaxy S9 and S9+ will be running Android Oreo right off the bat. As for the DeX Pad, you can use the display of the connected smartphone as a mouse, according to the rumor. There will also be a option to use the Dex Pad as a keyboard. This means you will be saved from the hassle of moving around your keyboard and mouse with you to use the DeX Pad properly. 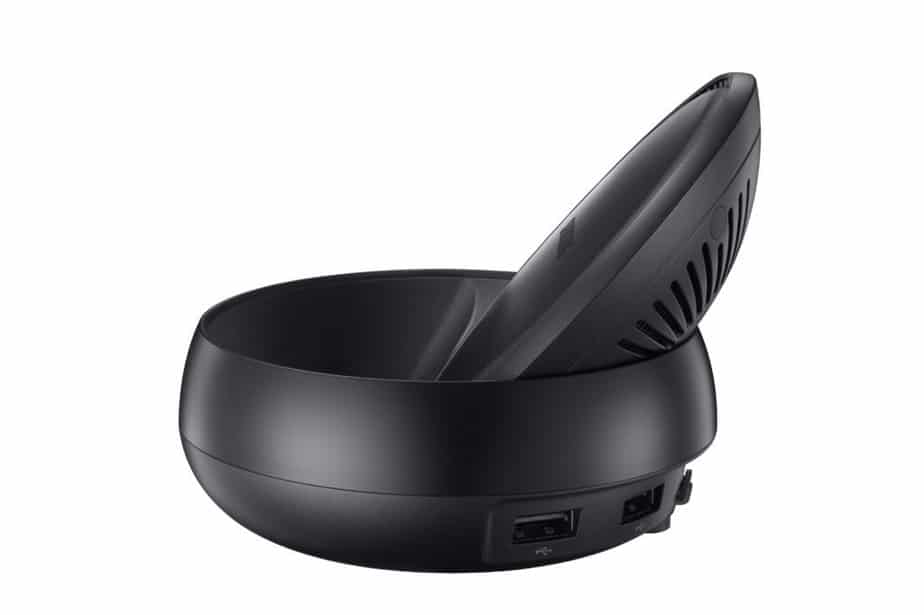 We are curious as to how the phone will connect to the dock if it will lie flat. Maybe there will be a hinge for the USB port (Type-C interface) that will not be visible when not in use (just like the one on Gear VR). Let’s hope that the process will be a convenient one.

There is a possibility that the Dex Pad will work both as a pad and as a stand, similar to the convertible wireless charger of Samsung. The phone is required to be connected physically using a USB port, so maybe a convertible DeX dock will not entail a complex mechanism.

However, you never know. We are just speculating and at this point, it is hard to tell what the Dex Pad will ultimately look like and how it will function. Let us hope that Samsung will put the 3.5mm audio port, as its absence was really felt on the first generation DeX Station.