Microsoft has jumped up its pace in the Surface lineup. From detachable screens to two-in-one laptops, the company does not seem to rest in order to provide the best Windows experience to users. Moreover, this is not a stopping point for the company as well. The company also announced its Microsoft Surface Studio which will stack against the upcoming iMac Pro from Apple pretty well. We will put up a direct comparison for that so be sure to stay tuned in for that. 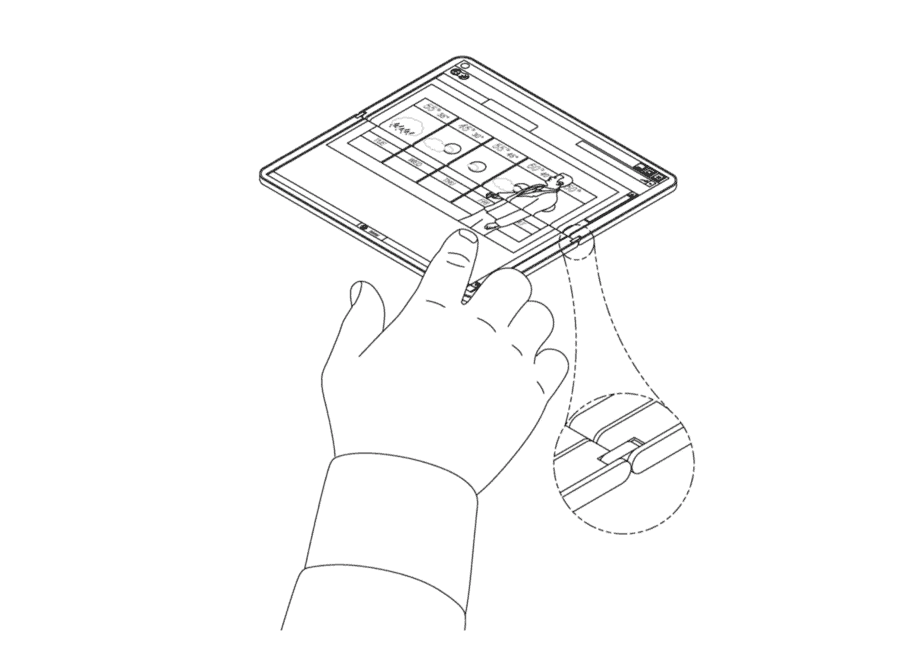 Right now, Microsoft has filed a new patent that showcases a new device which will probably be part of the Surface family. By the look of it, the device looks ultra-portable featuring two equals halves with hinges in between. The device can be used as a tablet as well as a notebook depending on the need of the user.

The hinges are one of the most important aspects of the new design. They are small and will play a vital role in connecting the two halves of the display seamlessly. It sounds like we’re defining standard hinges but they will be more than just that. Well, they will not serve more than what they are intended to be but the effectiveness is the main key.

In addition to hardware, the software will play an important part where we will see plenty of changes compared to standard Windows variants. There’s no final word as to what we’re looking at right now but judging on the basis of the design f the device, it is bound to feature new control and operations with different modes of interaction. 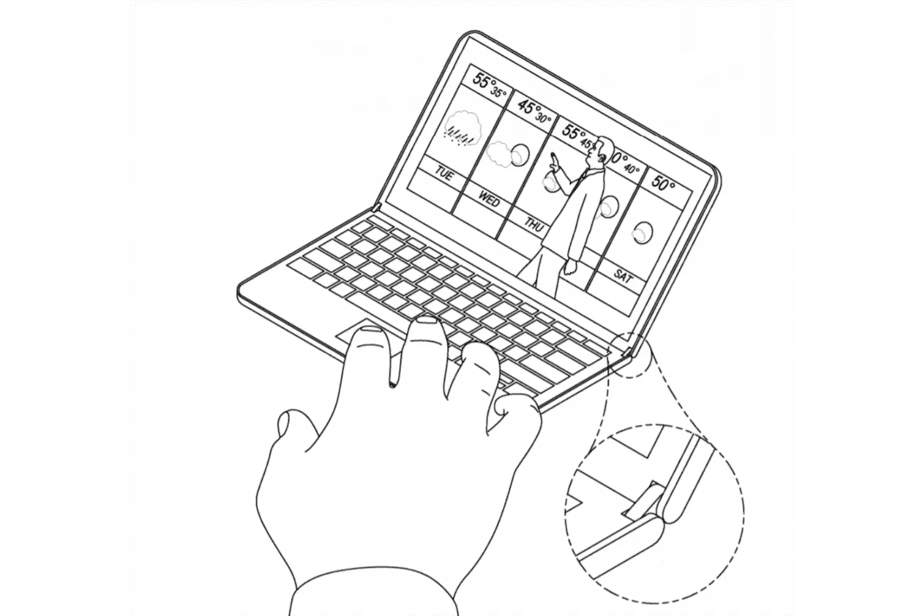 One one side, we can presume that the bottom half of the device is customizable. You can add a virtual keyboard, work on it as a trackpad and much more. Moreover, it can plainly also serve as a display for a tablet-like seamless experience. This isn’t something that we have seen come to life and probably Microsoft will be the first to do it.

It all comes down to the application of the device. In addition to this, the patent does not detail any hardware or software specification s of the device. So we’re not sure what it would be used for. It can be used for educational purposes or for entertainment as well. If it features better performance, it can be used professionally as well.

In addition this, availability is not even a question at this point in time. We’re not sure when it will be available to the end user but if the company has patented the idea, it means it has plans for a similar device. So let’s just keep out fingers crossed until then.

Share your thoughts on the new and possibly upcoming ultra-portable Surface device.