Huawei announced its flagship of the year at CES with two variants, the standard Mate 10 and Mate 10 Pro. Now it seems that the company has embarked on the duo flagship model. Latest from the company suggests that it is closing in to reveal the highly anticipated P20 and P20 Plus. In addition to this, there are a whole lot of surprises packed inside which will mark it different from the entire industry. So let’s check out more details on it below. 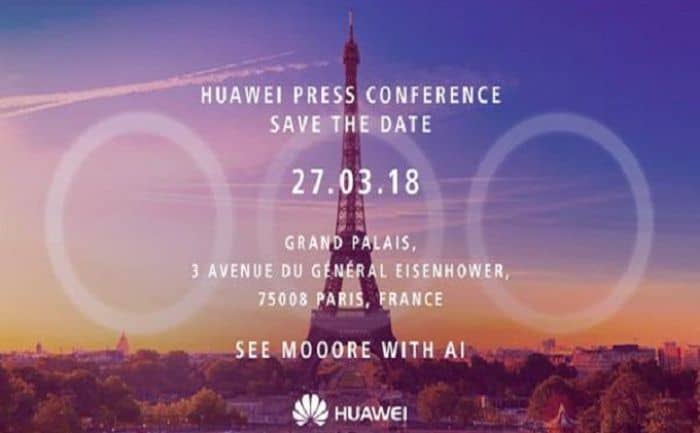 Huawei P20 And P20 Plus To Feature Triple Camera Lens?

If we take the invite of the company into considerations then there is something unique in store that’s coming our way. It appears that the P20 will be the very first smartphone in the world to feature triple camera lenses at the back. We also know that dual camera lens setup on numerous flagship smartphones is getting a little common. Not just flagships but mid-tier smartphones such as the Xiaomi Mi A1 and Huawei Mate 10 Lite also feature dual lens camera modules.

Nonetheless, Huawei’s triple camera lens setup at the back is not something that we have just heard out of the blue. Instead, numerous rumors were circulating on the internet suggesting Huawei looking into something new regarding the camera. Check out the invite if you haven’t already and see it for yourself the gigantic hint that Huawei has added.

At the launch, the company is expected to unveil three new devices to the world, P20, P20 Plus and the slightly affordable version of the two, P20 Lite. Do take note that what we speak is the product of all the reports and rumors. Moreover, there is no official news from the company that it will be incorporating three camera lenses on the Huawei P20 and its Plus variant.

Apart from this, it is also not known at this stage whether the three camera lenses will be housed in all three variants of the smartphone. So it’s definitely something that we have to see to believe it. Lastly, what concerns us is the implementation of the technology. How is Huawei aiming to direct the triple camera lens? Would it have any specific feature that would have been impossible with the dual lens? Or is the third lens added to perfection? More on this will be detailed at the event.

Share your thoughts with us in the comments section below. How do you feel about the triple camera setup on the Huawei P20 and its other variants?