In 2010, Rockstar Games launched a game called Red Dead Redemption in which is an open world, western action-adventure game. This game was released to much hype, and it lived up to the marketing done by Rockstar. Around $80 to $100 million were spent on the development of this game which made it one of the most expensive games ever. Six years later, it looks like the fans are anxiously waiting and hoping for the sequel to the game.

So, let’s talk about the rumors and the possible release date of the Red Dead Redemption 2, the sequel to the original game:

There is not even a single hint provided by Rockstar about the game’s development, but people want to know about it as soon as possible, and many rumors are floating around because of this. Listed below are some of the rumors that we believe may be genuine and have credible sources behind them: 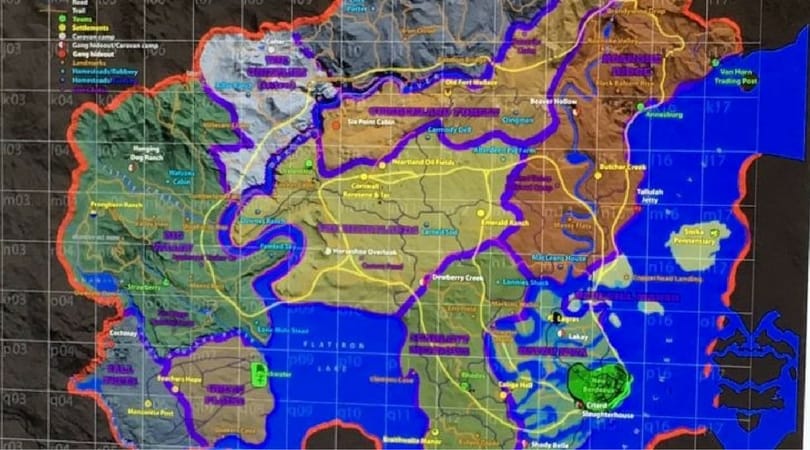 A map posted on the site NeoGAF shows a vast area that the players will be able to explore in the game. The game will supposedly continue towards the East of the map of the original game, and this suggests that Red Dead Redemption 2 may be a prequel and may let players explore the circumstances due to which John Marston was put in jail.

In the hugely popular game GTA V, Rockstar built-in an option to change the characters in-game and play as people of different classes and social groups. This has proved to be one of the most-liked features of the game by the players and critics alike as this makes the story bigger and far diverse than what a single character game can offer. This information was leaked recently by an ex-employee of Rockstar but may very well become real as this feature was a great success in GTA V.

Rumors are going around the community about the possible name of the next game in the Red Dead series. Several possible naming schemes may result in the final name.

One of these names includes the possibility that the game may be a sequel or a prequel to the original game resulting in it being called the Red Dead Redemption 2: Legends of the West. Another possible name is Red Dead Rebellion as the previous games in the series have in have featured names starting with the initial ‘R’.

Redemption 2: Legends of the West. Another possible name is Red Dead Rebellion as the previous games in the series have in have featured names starting with the initial ‘R.’ 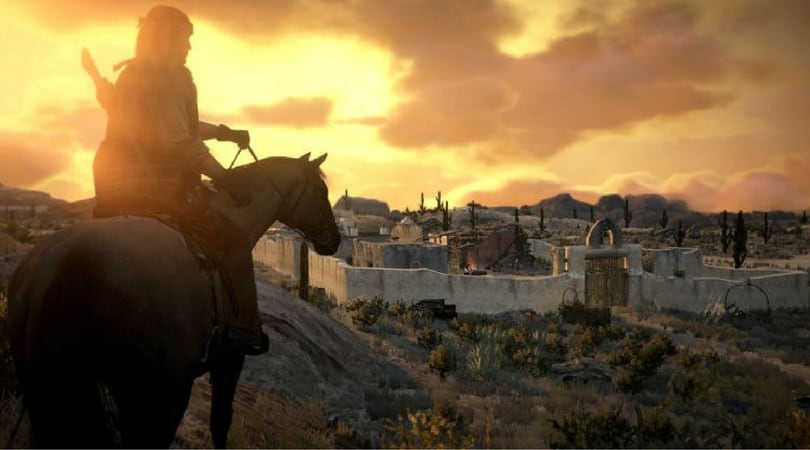 The first game, Red Dead Revolver, featured the story of Red Harlow and after that in the Red Dead Redemption, told the story of John Marston and showed his adventures and portrayed him as one of the best gaming characters of all time.

The next game, whether it is called the Red Dead Redemption 2 or Rebellion, will most likely be a prequel showing the circumstances and the situation which landed John Marston in jail in the first place. The leaked map, although it may still be a fake, ultimately favors this storyline.
Another storyline may include the adventures of John’s son Jack after what happened at the end of the Red Dead Redemption.

Red Dead Redemption was only compatible with the consoles available at the time which were the Xbox 360 and the PS3 and was never released for the PC gamers, leaving them filled with anger and sadness but all this may change with the release of the new game in the Red Dead franchise as there are rumors floating around the web that the game will support PC as well as current-gen consoles, the Xbox One, and the PS4.

With great power comes great responsibility, as they say. The same may hold true for the upcoming Red Dead Redemption 2, as the consoles available at the time of the first game’s release had very low amount of graphical power, but now all that has changed. PC already allows 4k gameplay at higher refresh rates than any console available. The new and upcoming PS4 Pro and Xbox Project Scorpio will also have a considerable amount of graphical prowess and will easily support gameplay at 4k.

This kind of ties in with the above point as VR directly depends on the computational prowess of hardware the game is running on. Virtual Reality has taken the world by storm hand has become the best and most immersive form of consuming and interacting with media and many games are being released with VR support. Considering these facts, there are high chances of Red Dead Redemption will be released with VR support and most probably a first person mode.

Now for the news that all of you are here for, the release of the game. There has been a lot of speculation and rumors about the release of this game. There is already a lot of hype for the game’s release as the first game in the series was very well-liked by the players all around the world.

Earlier rumors stated that the game would be released at E3 2016vbut all of these rumors died down after no announcements were made regarding the franchise by either Take-Two or Rockstar.

Now, some are saying that the game is nearing development and will be released in 2017. This would make sense as the new gaming consoles and new, more powerful graphics cards will be released next year, which would be able to handle the heavy load and the VR features of the new game.

I know this may anger some of you, but there is also speculation that the game will be announced in 2017 and released in 2018 but it is highly unlikely because of the GTA 6 release date also rumored to occur around that time.

What do you think about Red Dead Redemption 2’s release? Are you excited or even if you don’t like the game at all, don’t forget to comment below to share your thoughts.