Rocket VPN: Is it the best free VPN for Android?

You must have heard about the term VPN or Virtual Private Network. For those of you who haven’t, a VPN is an app that lets you browse the internet more freely and openly which means that you will be able to bypass any restrictions put on by the government as well as hide your identity online to prevent hacking and to use banned services. A VPN is, as you might have guessed, a must-have app for any smartphone user, particularly Android users as Android devices are more prone to hacking and malicious attacks.

Although there are a lot of VPN apps available on the Play Store, Rocket VPN is the one who got our attention. It is simple, reliable and easy to use. It also features fast connect times and faster connection speeds as compared to other competing apps. Rocket VPN is created by Liquidum who are well-known for their previous apps. Let’s take an in-depth look at the app:

Rocket VPN encrypts all the data sent from your device and doesn’t let trackers and websites track your internet usage. Hence, your privacy and the safety of your data are completely guaranteed.

You can choose apps to put on the VPN’s homepage. You can then open these apps from within the VPN and all traffic for that app will be routed through the virtual location.

The app lets you choose from 10 different countries to use as virtual locations including the UK, USA, and Germany. 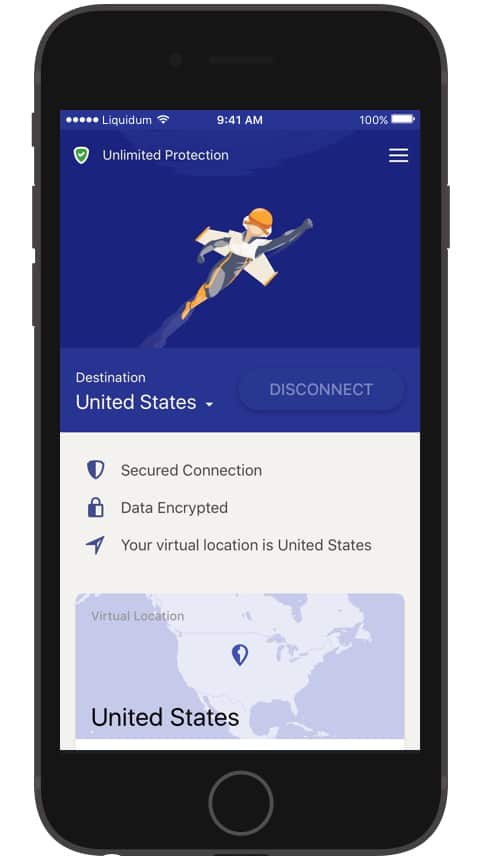 The user interface is somewhat based on the material design which means that it is simple and sleek. There is a big Connect button in the middle with an option to choose the virtual location. Apart from this, your favorite apps are also shown on the same screen. There is a menu button at the top right which gives you access to the login screen, FAQ, feedback, etc.

VPNs usually result in very slow speed. So, we fired up Speedtest.net app to check the speed with Rocket VPN active and found that the download speed was reduced by around 30-40% and the upload speed suffered from a loss of around 70%.

Of course, the speed depends on how close the virtual location is to your real location.

You can easily download the app from Google Play Store over here and installation is really simple.

After installing the Rocket VPN from the Play Store, the app will ask you to provide some permissions, to which you have to say allow. After that, you’ll have to select a location to connect to the internet from. You can either choose a location of your choice or let the app find the best location automatically.

Lastly, a key icon will appear in the status bar which shows that the VPN is connected.

Rocket VPN is a well-built, robust and easy-to-use application that does what it claims flawlessly. It is as simple as VPNs get, you don’t have to manually configure any settings and it needs only one tap to connect. However, the free version of the app only comes with 500 MBs per month and is ad supported. If you want to get better speeds, remove ads and get unlimited bandwidth, Rocket VPN offers a subscription service at $2.99 per month or $29.99 per year.

The all time best App Lockers for Android