How to root Android Marshmallow

Android Marshmallow is the latest version of the Android. It was first unveiled in May 2015 at Google I/O under the codename Android M, it was officially released in October 2015.

Whenever a newer version of Android is released, developers and smartphone owners look for methods to root their Android device as old method (working on lollipop may not work). Google Android team always focuses on improving the security and fixing loop holes that might be used to exploit the system files so it becoming difficult day by day for Android community and developers to find new vulnerabilities to get root access and most of the times they do get it.

Most of the Samsung Galaxy, HTC, Sony, LG and Google Nexus devices can be rooted on Android Marshmallow. This guide will help you to find the best and working root method for your phone. 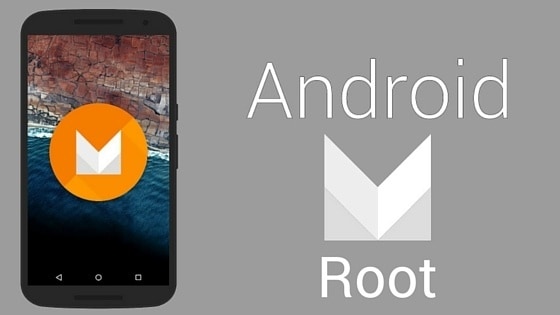 You should know that not every root method available for Galaxy S7 will work on the Galaxy S6 or LG G5. Each device has its own way of rooting. I have tried to find the best possible method on the web so that you can easily gain root access without bricking your Android.

Thanks to the recognized Xda developer, Chainfire who has released custom root kernels for Android Marshmallow that can be used to root devices including Galaxy S7, S7 Edge, Galaxy S6, S6 Edge, S5, Note 5, Note 4.

Google nexus devices were the first to get the latest Android update and root access.

LG G5 is still waiting for root but its previous flagships including G4, G3 and V10 has been rooted on Marshmallow. You can follow the step-by-step guide below to root your LG Android phone.

HTC latest flagship HTC 10 is yet to get root access but the recent devices M9 and M8 has Android M update and root. You can follow the tutorials on the given links:

That’s it for now! I hope you’ve found a perfect working root for your phone running on Android Marshmallow.

Did you find it useful? Feel free to let us know so that we can improve and provide you the best and high quality content and tutorials.

Huawei P9 Lite: How to Root and Unlock Bootloader