Smartphones are moving towards an all-screen design. It started off as rumors and now, in all through 2017, we have come across devices with 18:9 aspect ratio displays with minute bezels. It’s good that the entire industry is following the trend because, in the end, the customers would be the one who will take benefit of it. However, competition still exists between tech titans to secure their space in the industry, The iPhone X with its notch design features one of the best displays on a smartphone. Now Samsung is on to it. 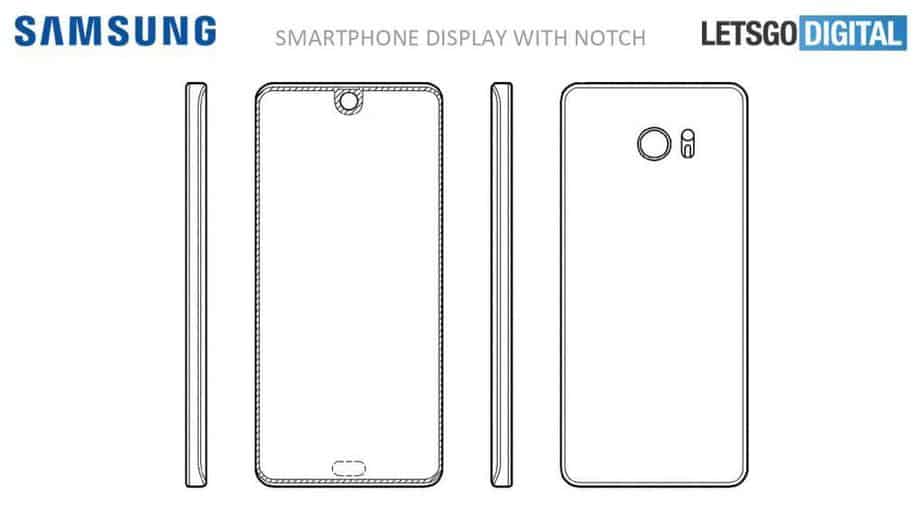 Samsung is working its way to beat the iPhone X in its design. With a new Samsung patent out, we can see that the company has its own way of seeping through the competition. Initially spotted by LetsGoDigital, the patent describes a way through which a display can feature holes in a flexible OLED panel. These holes can serve various purposes such as housing a camera and other sensors or the fingerprint sensor as well.

This is one of the ways that Samsung has come up with to manufacture a device with an all display design. The applicability of the patent would result in a display with nothing but the display at the front with little or no distracting attributes.

The notch on the iPhone X has given way to a love and hate debate. This means that while the iPhone X design might be great for some users, others are consistently distracted by the notch. It all depends on how you look at it.

Feigning interest in the patent filing, the images show another aspect that might excite some users – the traditional Home button. Traditional because the latest trend is gradually making the Home button extinct and there’s a very low number of flagship devices that still feature it. 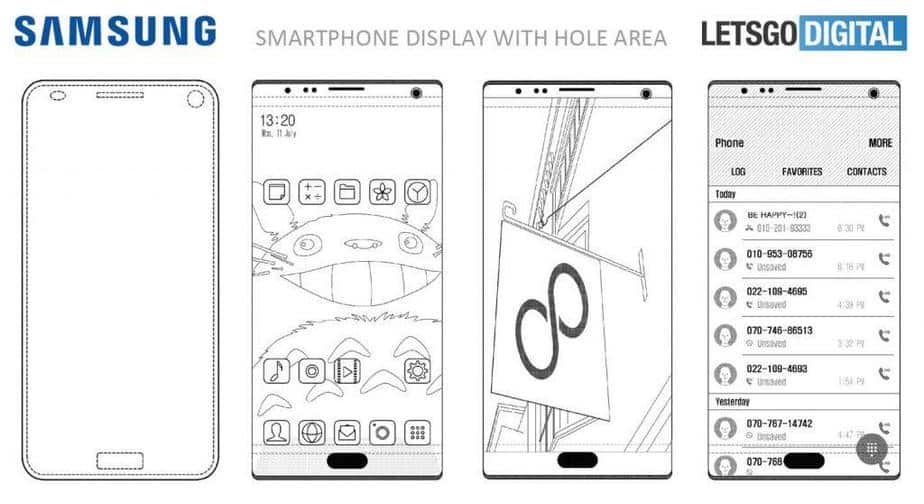 In Samsung’s patent, these holes will house the required camera sensors and other things. You can check out the images added for a more clearer insight on the patent filing. In other words, the holes would accommodate the key components required for a flagship smartphone.

However, it’s not yet clear how and what sensors might the Korean tech giant will house. This is due to the reason that Samsung has only secured the patent at this stage and work is possible in the initial stages. More importantly, it might be a while before Samsung starts manufacturing the final product for the end user.