While fast charging technology has been present in the smartphone industry for a long time, it took Apple several years to implement in its iPhones. Android OEMs, on the other hand, were not so reluctant in accepting the advancement in technology. However, we are prone to seeing Apple come a little late when speaking of adding features. 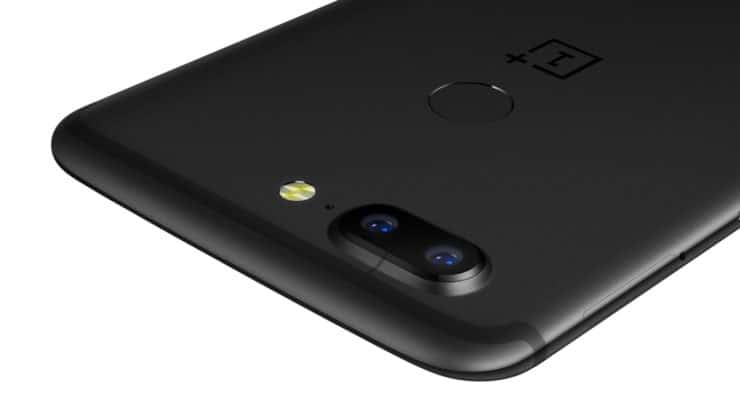 The iPhone 8 and the iPhone X are Apple’s first smartphones to support fast charging with USB-C. However, even though it took the company many years to add the technology to its smartphones, the charging speeds are still not on par with other flagship Android devices. According to a new study from Tom’s Guide the iPhone 8 and iPhone X lag behind in the charging speed comparison with other flagship Android smartphones. Let’s check out the comparison a little more detail.

The test was conducted using the fast charging accessories in the OnePlus 5T, LG V30, Galaxy Note 8 and the Google Pixel 2. For the iPhone 8 and iPhone X, the company’s 29-watt wall adapter was use and a USB-C to Lightning cable. However, Apple’s said adapter does not come out of the box but you have to buy it separately.

To begin with, the devices were tested in 30 minutes of charging time. Below is the list of devices charged in their respective percentage over the same period of time – 30 minutes.

Now as the test proceeded, the test was conducted with a time of 60 minutes on a charge. The results gathered after the 60-minute mark was almost the same.

The 29-watt adapter sold separately charges the devices quicker than any other iPhone that has existed to date. However, it still remained behind when competing against other Android manufacturers. 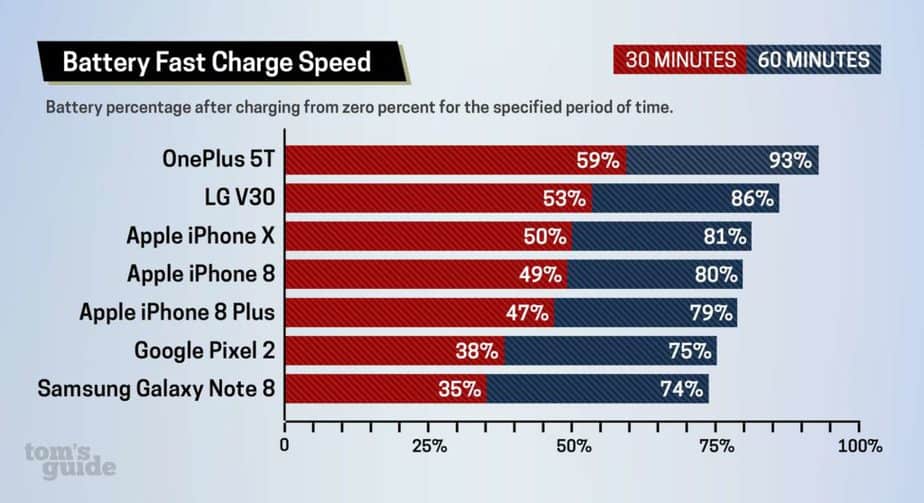 Speaking of iPhone X, the charge speed with a regular charger is even slower. It will charge 17 percent in 30 minutes and 37 percent in an hour. That’s another low level. However, the fast charging adapter that Apple sells separately will definitely come in handy. Nonetheless, the charging speed is still slower than the flagship Android smartphones.

What do you think about the charging speeds of the iPhone X compared to other flagship Android smartphones? Share your views in the comments.