The iPhone is a very capable device, running on internals that is far ahead of its competition. Every year on Geekbench, we see the iPhone’s A-series chipset smashing others out of the water in terms of performance. This year was no different as the A11 Bionic chip inside the iPhone 8, iPhone 8 Plus and the iPhone X went ahead of the MacBook Pro model. Developers and hackers have been keen to emulate their specific additions on the iPhone. 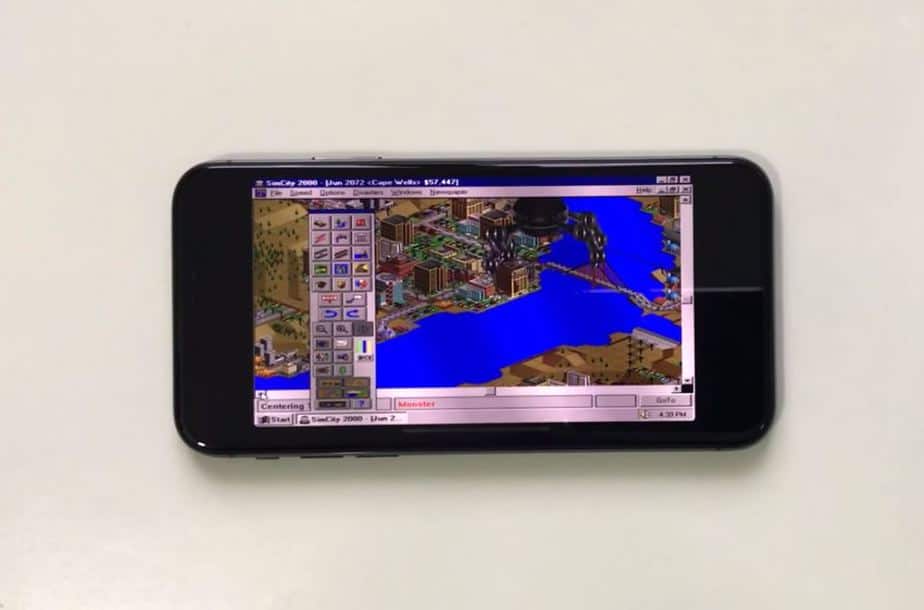 With the previous iteration of the iPhone, we have seen hackers emulating Windows 95 or Windows XP. Now, the same trick has been performed on the iPhone X. However, since the Apple’s latest flagship comes with a notch, it will be interesting to see how the emulation of Windows 95 is displayed on that beautiful Super Retina Display.

As we have mentioned earlier, tech-savvy folks at a YouTube named Hacking Jules have performed an iPhone X hack, which allows him to run Windows 95 on the device. Not just that, the hacker also managed to run Simcity 2000 on the handset.  So this is pretty different yet oddly similar in a lot of ways compared to the previous variants of the iPhone. Let’s have a look at how it goes.

Windows 95 was a pretty slick operating system back in the days, allowing users to carry out their day to day tasks and much more. The operating system is almost two decades old so it’s an interesting piece of video how something that old can run on a latest and greatest iPhone.

Check The Video Out!

As you can see in the video, it took absolutely not that much of a big deal for the iPhone X to run Windows 95. After the fast bootup, you can see how the hacker played Minesweeper, which is almost an iconic piece of the nostalgic mini-game. Other than this, the hacker opened Simcity 2000, an outdated game that seems to run flawlessly on the iPhone X. Do take note that the developer also performed other tasks, so check out the video added for more details on it.

If you’re interested in trying it out for your self, you would need to use the Power DOS application. Moreover, you would also have to get the basic know-how of using DOS to run Windows 95 on your iPhone X.

As for the notch at the top, you would have noticed that the emulation was not scaled. There were huge letterboxes on the upper and bottom side of the iPhone X which made it look more like an iPhone 7 or iPhone 8.

The iPhone X delivers great gaming performance thanks to the A11 Bionic chip powering the device. There is a boatload of popular titles on the App Store that you should try.

Share your thoughts on the emulated Windows 95 running on the iPhone X along with Simcity 2000.