We have embarked on the year 2018 with some new hopes and milestones in the tech industry. It’s never too late to start speculating what the giants of the industry might have in store for us. However, with all thanks to the rumor mill, we always get a hunch what to expect. Now, we’re seeing some details on the forthcoming Xiaomi Mi7 flagship. A screenshot has been leaked that details various aspects of the device and what it will feature in terms of hardware and software. 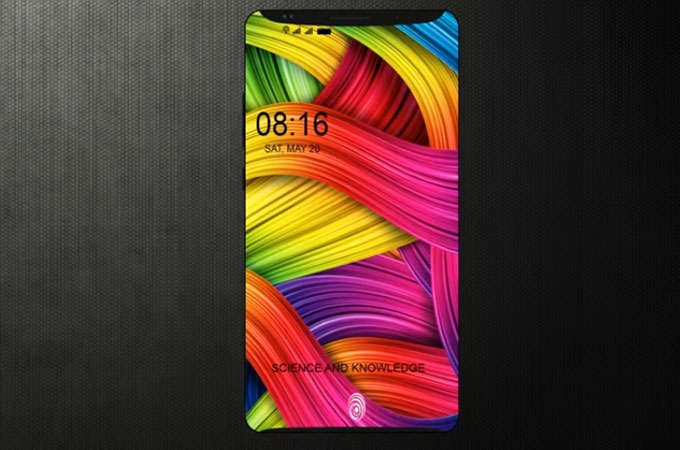 At this point in time, we are seeing the smartphones moving towards the MWC. In the Mobile World Congress, we are expecting various smartphone manufacturers to be part of it and show off what they have been working on the whole previous year, since the launch of their current flagship. As of now, we know that Samsung is moving towards the launch of its Galaxy S9 launch which is set to take place on the 25th of February.

Now, moving towards the detailed leak of Xiaomi Mi7, we have encountered a new screenshot sharing details on the hardware as well as software specifications of the device. One of the major aspects of the leak highlights stunning display specifications with a resolution of 2160×1080. The leak from China suggests that the Xiaomi Mi7 will be running on MIUI9 or MIUI 9.2.5.0 to be exact., which is the latest from the company. While raising several eyebrows, the leak depends on time to certify its credibility. 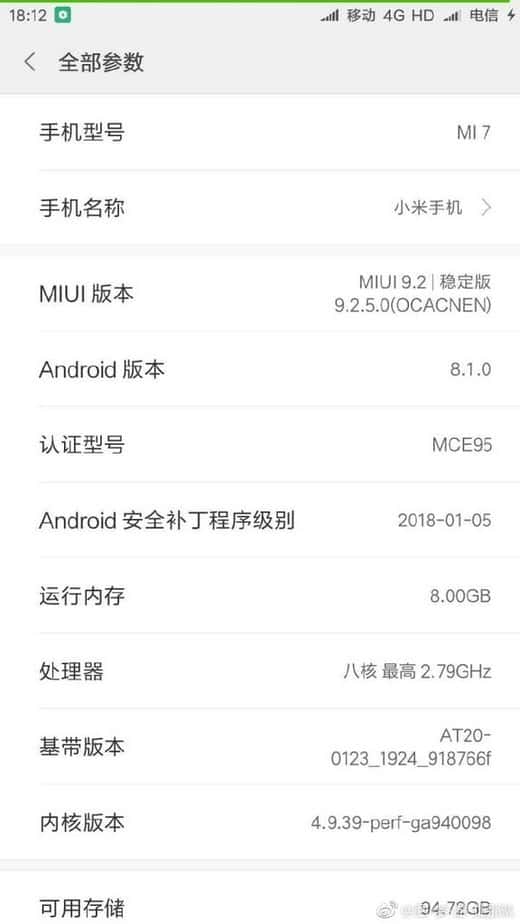 In terms of the hardware aspects of the device, components which will be powering the device, we have a Snapdragon 845 coupled with 8GB of RAM. In terms of the onboard storage, we are expecting the device to feature 128GB of capacity. In addition to this, the iPhone-like notch is also present that shows where the company received its design cues from.

Since 2017 was the year of the all-screen design, we’re expecting companies to make further advancements in raising the screen to body ratio bar. The device will feature an 18:9 aspect ratio, which makes sense if the company is headed for competition with the giants of the industry like Apple and Samsung. There will be more details leaked on the device before it is officially available for launch.

Share what you feel like about the upcoming Xiaomi Mi7 flagship. Would it give a hard time to people looking into switching from the expensive tier?