With the advent of high quality and cheap drones, people are more tempted to travel across the world, to see & capture the remote and inhabitant scenic beauties of the world. Personal drones like DJI Mavic Pro & Phantom 4 Pro have spectacularly improved the users’ experience. They offer 4k camera and incredible flight features at an affordable price & are a sheer delight to use. 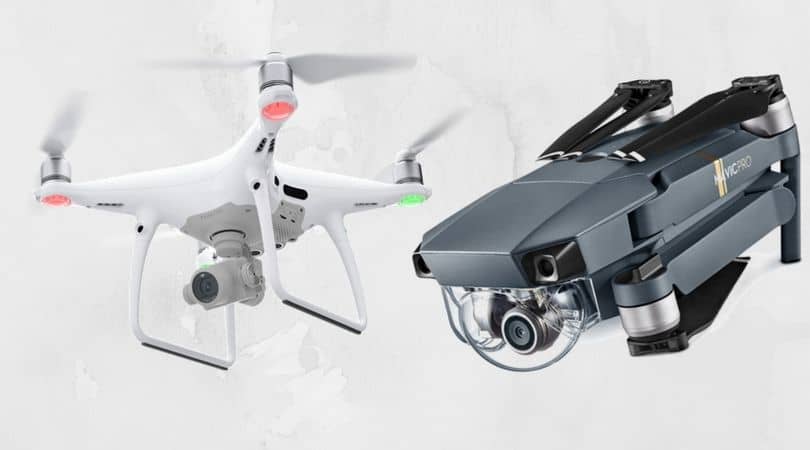 One must acknowledge that though markets have been flooded with gentler & kinder camera drones this year, such as Yuneec Breeze, GoPro Karma, 3DR solo, and PowerVision PowerEgg. But let’s get this thing straight in 2017; DJI Mavic Pro and Phantom 4 Pro have dominated the drone market.

These two are rightly considered two of the best consumer drones out right now. Both the DJI Mavic Pro and Phantom 4 Pro are incredible drones, which can be practically labeled as little powerhouses.

Though, there have been marked similarities between the two of the best drones available in this price range. But, differences are also apparent & both sets of machines have their own pros and cons. Some of the similarities and differences have been discussed in detail below:

DJI is the pioneer in drone technology of this sort, as it is the first company to have created the flying camera.  Despite being smaller in size, the new personal DJI drones did not get their power seized rather it has squeezed in significant power. It has the sublime features as it automatically follows the user or whoever is required to follow. It is certainly cheaper and has best specs on the market at $1000 price range.

Phantom Pro demonstrate a very high-quality camera, 360-degree obstacle avoidance and the benefits of the 60 frames per second rate at 4k make it a formidable competitor against the Mavic Pro.

Similarities and Differences based on primary features

The table below highlights the features that both drones have in common.

The table shows the major differences between both drones.

There is a huge difference between cameras of the two drones. The Phantom 4 Pro has 1 inch CMOS sensor with the 20MP capability which works with the video and RAW up to 4096 x 2160 in 4K.

Flight time is not acutely different. Mavic Pro has the flight time of 27 minutes as compared to 30 minutes of Phantom Pro. Because, in real time, people tend to use drones on Sport Mode, or doing lots of ascending and descending which may not need a drone to stay up for more than 20m minutes making this difference a meager one.

Phantom Pro is louder as compared to Mavic Pro. It may feel uneasy to take it out in the nearby community, because it could result in unwanted attention, in particular for a wedding photographer or any type of videographer.

Crucially, even at 400 feet away, Mavic Pro cannot be heard, but Phantom can still be heard making Mavic Pro a better choice between the two.

During the flight, Mavic Pro appears to suffer from water color or water paint effect. In other words, it allows the image to look blurry and gross grainy. This may also be turned up to be the case for Phantom Pro but not as so much as few changes can result in usable and attractive images.

When these two drones are pitted against each other to test the speed advantage, the Phantom Pro is exceptionally far superior to Mavic pro. The close inspection reveals that motors used in Phantom Pro are more powerful having the ability to barrel through the wind faster, but Mavic Pro has an advantage as it stays more stable on windy and gusty days. Therefore, crucially, when flying the drones near buildings, people, Mavic Pro is more stable in windy conditions.

Controller: Why and where Phantom 4 Pro takes the lead?

Controller for Mavic Pro is compact and can easily be collapsed. As its antennas can fold in and Phone can be detached & arms can come together. It takes a small shape which is about half of the size of the folder drone. 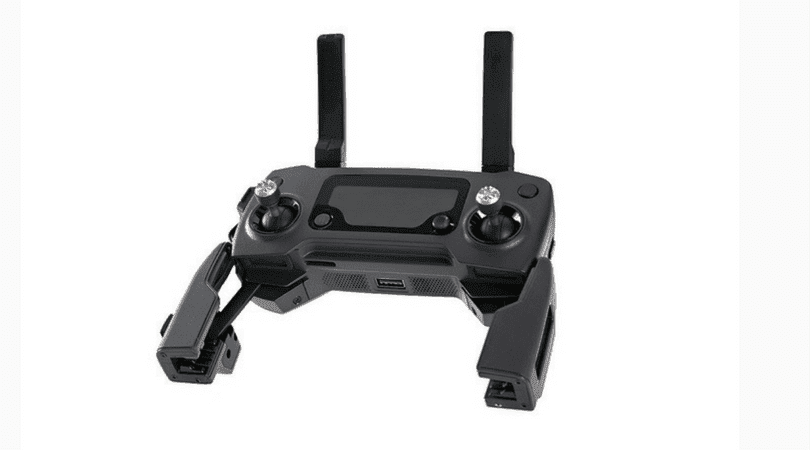 Mavic Pro controller with the transmission range of up to 7 km.

In case of Phantom 4 Pro, the controller can also collapse but not as much as in the case of Mavic Pro. After folding up, Phantom 4 Pro is twice as a big as Mavic Pro giving a definite advantage to the later.

Mavic Pro has much better controller range of 7,000 meters as compared to 5,000 meters for Phantom Pro.

Phantom Pro controller is very easy to use as thumb sticks are much taller but with Mavic they are too small for a video game controller making things a touch complicated. 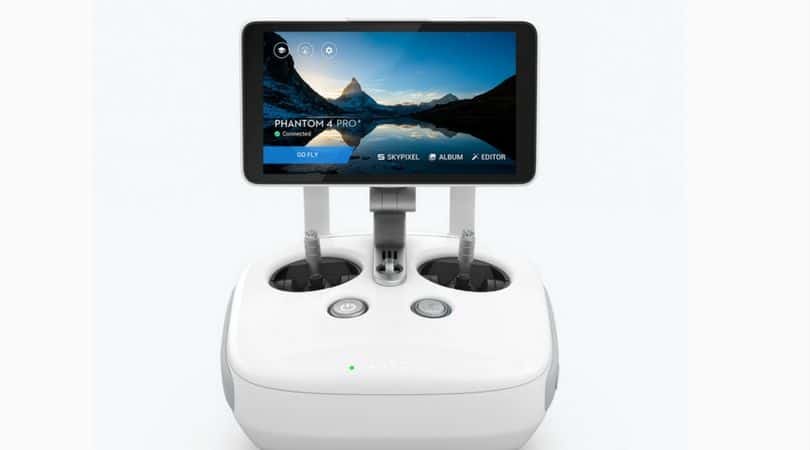 Phantom Pro has a clear advantage as it is designed to hold tablets and iPad mini. But with Mavic Pro, arm extension is required, or one has to buy a third party attachment to allow the tablets to work on it. This will increase the net price as more investment is made on accessories.

It is incredibly easy to fold Mavic Pro into any impressive small size which can be easily fit into any types of luggage which makes it’s easily transportable around the globe, with no much fuzz at all. It is just perfect in this aspect, but on the contrary, although Phantom Pro has quick release propellers which could easily come off making it easily fit into a bag as well. But, it is rather big which does not make it ideal for travelers.

It is just perfect in this aspect, but on the contrary, although Phantom Pro has quick release propellers which could easily come off making it easily fit into a bag as well. But, it is rather big which does not make it ideal for travelers.

As far as the portability is concerned, Mavic Pro takes the lead, though, Phantom Pro offers more professional styles videos, but it has a fixed size and shape and requires a particular arrangement to travel. This is one of the reasons that some people may prefer using the Mavic Pro, based on specification and easy transportability.

What if the drones Crash?

In case of an accident, Mavic Pro can retract its wings to ensure that little damage is done to the device. On the contrary, Phantom Pro cannot do so. Nevertheless, it can detect the obstacles on its way on all sides.

But, there is no top sensor in case of Phantom Pro, making it the only angle, where it cannot avoid an obstacle.

Mavic Pro has the only bottom and forward facing sensors making it more prone to crash as compared to Phantom Pro.

One of the great aspects of the design and durability of these drones is their capability to detect obstacles around them. Unlike the previous models which could only avoid collisions either in front or behind or in some cases on both sides.

Guarantee and Value for money

Mavic Pro is certainly cheaper for these attractive specs. But, there are no such huge differences in prices. However, Phantom Pro deals do not offer to fly more combo usually, while Mavic Pro does have this luxury. Warranty policies are pretty extensive for DJI which can be traced in their websites to get a closer look at the offers available.

In a nutshell, there is no doubt that these two drones are the best machines available in the market in this price range. Though based on the detailed analysis, it emerges that Phantom Pro takes the lead as far as the features and all around aspects are concerned, but Mavic Pro has better specs and price advantage. Some of the detailed pros and cons are summarized below:

Based on the in depth analysis of the two drones, it is evident that Phantom Pro is a much better choice, due to the very high-quality camera, 360-degree obstacle avoidance and the ability to shoot 4k video at 60 frames per second.

Nevertheless, Mavic Pro has its advantages as reflected clearly in the detailed analysis which may appeal to some users. For example, it is more portable, quieter, cheaper and can indeed record 4k footage during the day. However, it also depends on the every individual’s personal choices and preferences.