Though the Exynos 9810 announcement took place back in November, Samsung has announced on its Twitter account that it will officially be introducing to the press the company’s next generation Exynos SoC. During the first announcement, there was not a whole lot of info about the Exynos 9810 aside from the fact that this chipset is made on the second generation 10nm FinFET technology. 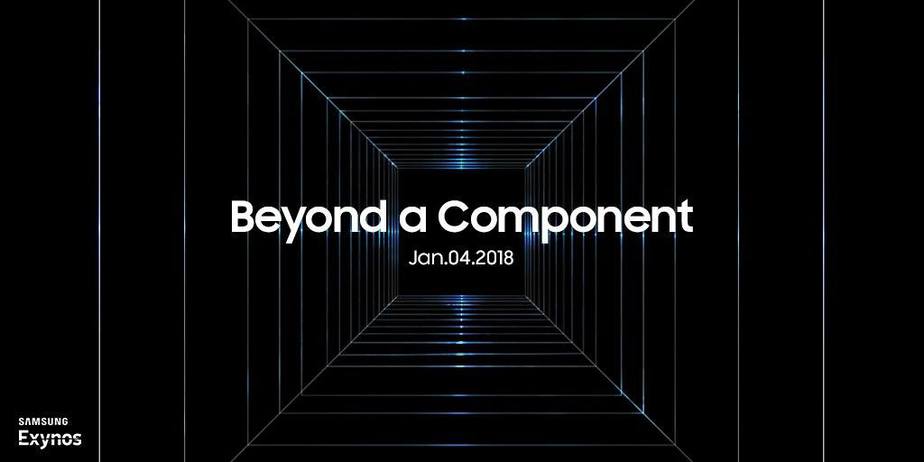 The phones which feature this, which are probably just going to be the non-American versions of the Galaxy S9 and Galaxy S9+; they will be slightly more powerful and energy efficient when compared against the Galaxy S8 and Galaxy S8+. Obviously, reporters initially must have thought that the Exynos 9810 must have been made on the 7nm technology, but it might have been too expensive for Samsung, hence the company decided to stick with the older manufacturing process so it has time to focus on the next generation chipset.

The announcement is going to take place on January 4, which is going to happen before the CES 2018 trade show. While Samsung has not officially confirmed this, the Exynos 9810 is said to be smarter than ever, with rumors detailing the presence of an AI engine designed to make applications smarter.

Discover #TheNextExynos that goes beyond a component. Stay tuned. pic.twitter.com/542sWnQ7EZ

For example, when a user will be using the Galaxy S9 or Galaxy S9+ default camera app, the AI engine could kick in and push out better color accuracy and settings to give a more pleasant image or video result to the user. This is just one of the many examples where the AI engine will be able to demonstrate how capable it really is.

If Meizu, a rather unknown Chinese smartphone brand is able to release a flagship next year, we will probably see Samsung provide the manufacturer with the Exynos 9810. If not, then it looks like the chipset is going to remain exclusive to the company’s own high-end lineup of phones, and maybe even the Galaxy Note 9.