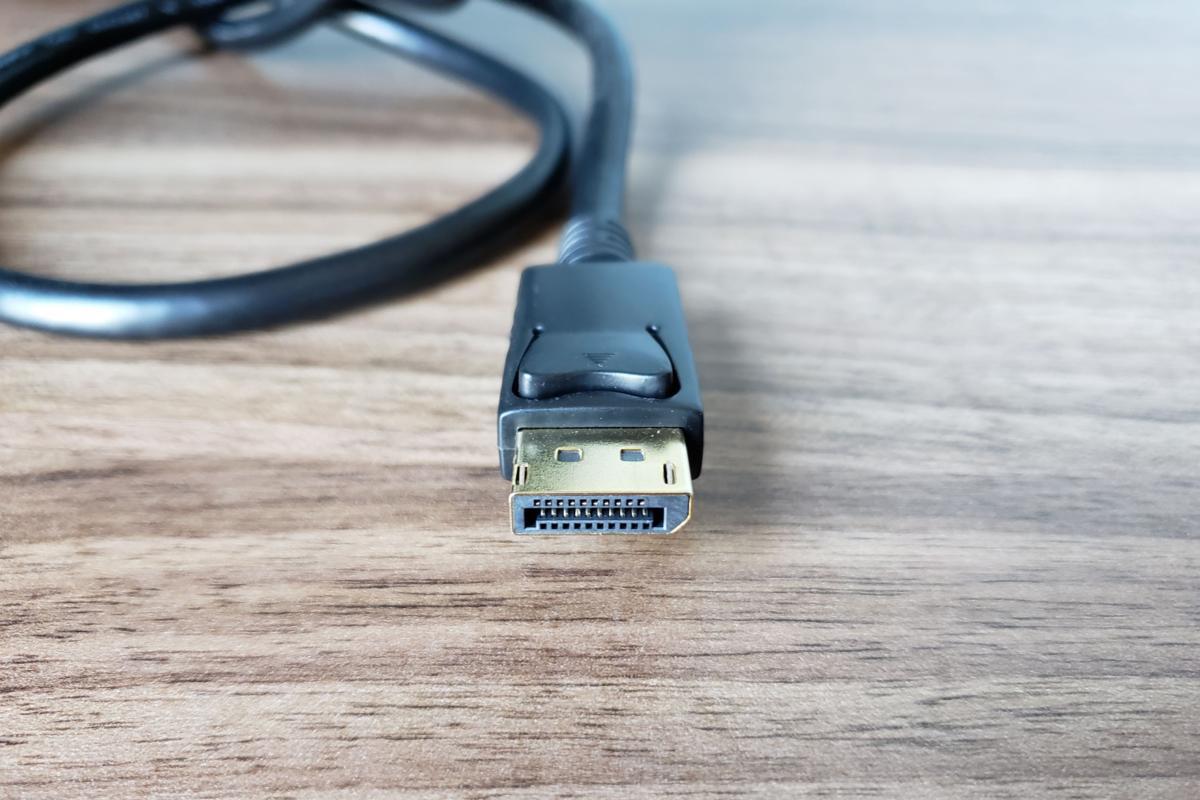 Over the past couple of decades, there have been several mainstream connection standards used by a wide variety of devices which includes monitors, televisions and more. HDMI is one such standard which was widely adopted to port games, Android-powered smart TVs and whatnot. However, DisplayPort acted as a solid alternative to HDMI for the past decade. Now fast forward to today, there have been major breakthroughs in technology, allowing for operations to be performed which were not possible last week. That’s right, we’re talking about the arrival of DisplayPort 2.0 – a revised upgrade that boasts enhanced speeds and other additions which we will share later on.

HDMI has come its own way, adding enhancements for faster data transfer speeds and connectivity. Seemingly DisplayPort 2.0 will offer more than just that. To be more precise and sharing snippets from our extensive detail, DisplayPort 2.0 will allow for 16K resolution, improved refresh rates and much more. If you’re interested in learning more, we have divided the post into several sections for your ease.

We will detail several aspects regarding the upcoming DisplayPort 2.0 standard and how it can be used in different devices. Furthermore, we will also detail the mechanics of how the upcoming standard works in order to deliver speeds that are more than twice compared to the current generation standard. Furthermore, one of the most important aspects that demands explanation is the similarities that DisplayPort 2.0 shares with Thunderbolt 3. There’s a lot to look forward to so let’s dive right into it.

What Is A DisplayPort?

If you’re unfamiliar with the standard or are a newbie to the whole thing, DisplayPort is a digital display interface that came into existence with the help of chip and PC manufacturers. In addition, the technology was standardized by VESA (Video Electronics Standards Association). The said interface is used as a medium to connect a video source to a display device like a TV set, computer monitor or others. It can carry audio, video, USB and other types of data.

DisplayPort came into existence in order to replace DVI, VGA, and FDP-Link. It’s backward compatible with other interfaces like an HDMI or DVI interfaces through a dongle or passive adapters. With DisplayPort 2.0 out, there’s a lot of new aspects that you should keep a note of.

Features And What We Should Look Forward To

VESA has big plans with the DisplayPort 2.0, which can carry a whopping more than 8K resolution. In addition to this, one of the things that attracted me the most was higher refresh rates. If you’re a quality-oriented person, feel glad that content consumption will be a whole lot smoother and fluid. Moreover, it will have a gigantic impact on gaming performance.

To be more precise, DisplayPort 2.0 can easily handle single streams of 10 and 16K resolution at 60 hertz and 30 bits per pixel with HDR. While DSC compression will be required, the thought of handling 16K is more than enough to give you jitters. If you’re not someone who would use a 16K display, there are other options that you can opt for, like connecting multiple displays with higher resolution.

Moreover, support for 30-bit color is a huge step up from 24-bit color which allows DisplayPort 2.0 to increase over a billion colors. It’s definitely one of those additions which would not only aid in enhanced media consumption experience but editing photos and videos can achieve a whole new level which was previously not possible.

The biggest change with the arrival of DisplayPort 2.0 os raw bandwidth. The current version offers up to 32.4 Gbps of bandwidth and 25.92 Gbps after overhead, while the upcoming 2.0 version will feature 80 Gbps and 77.37 Gbps respectively. However, it still quite isn’t enough for some monitors that are in the pipeline, like Apple’s 6K monitor called the Pro Display XDR. HDMI is already in the works to bring their next in line HDMI 2.1 standard, so it’s going to be a tough call. 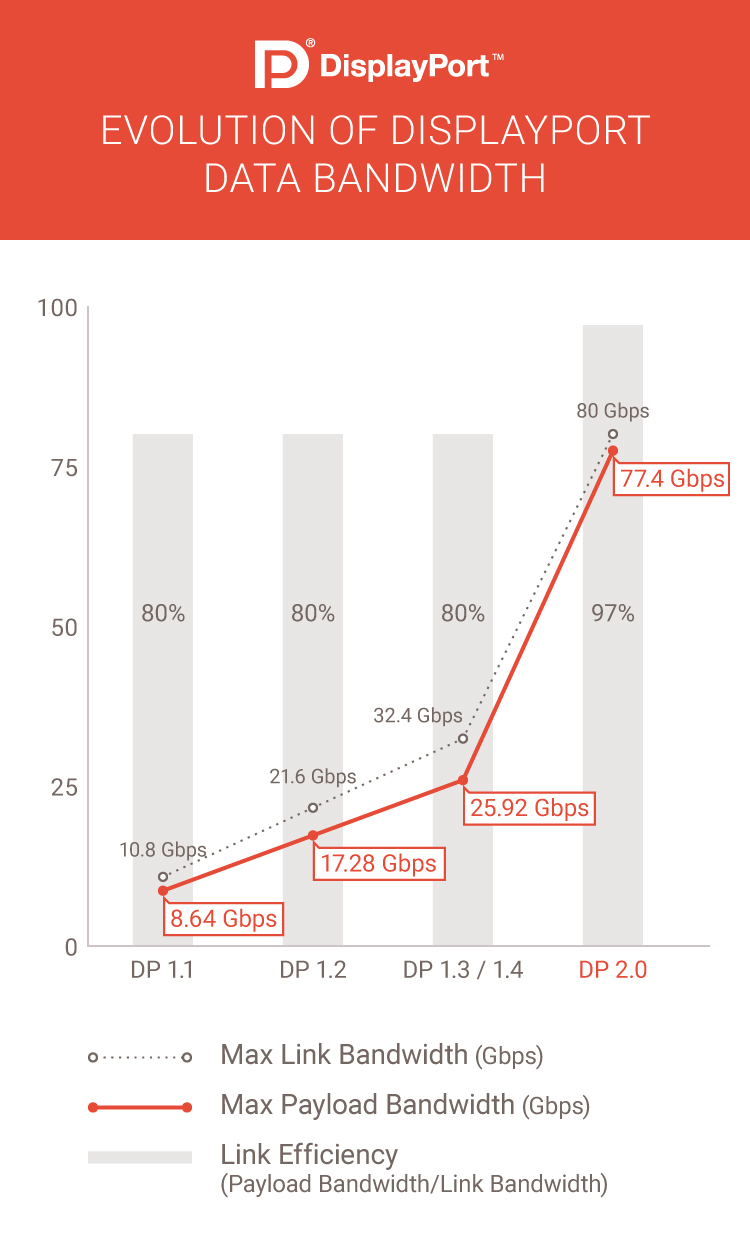 Apart from this, more on the details of the look that the pins and lanes will remain unchanged. In addition, the packetized approach to communicate will also stay in contrast to the pixel clock approach. So what has changed in DisplayPort 2.0? The layer has been entirely swapped with a Thunderbolt 3. Henceforth, there was no building up from scratch and instead, VESA made use of Intel’s existing Thunderbolt 3 technology. DisplayPort 2.0 created a one-way Thunderbolt 3 connection which leads to some changes being made.

What’s inside under both standards is a fairly similar operation. Both Thunderbolt 3 and DisplayPort operates with 4 high-speed each lane for packets of information at a whopping 20Gbps. As we have mentioned earlier, DisplayPort 2.0 chose to go with a one-way solution while Thunderbolt is entirely bi-directional. DisplayPort 2.0 sends large portions of data in a single outward direction. The two inbound lanes are reversed which allows for a total of four lanes combined into a link that can deliver speeds up to 80 Gbps.

DisplayPort 2.0 also brings Thunderbolt 3’s encoding scheme, whereas the original version featured an inefficient 8/10b coding which allowed for 20 percent overhead. In contrast, DisplayPort 2.0 will feature 128/132b encoding with only 3 percent of overhead. This results in amplified raw bandwidth additions compared to the standard. 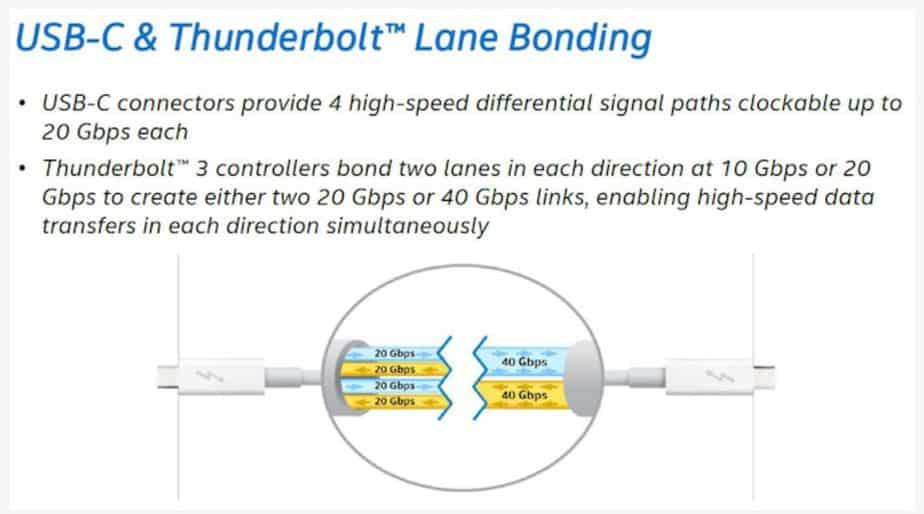 Thunderbolt 3 actively made use of copper cables which required active cabling using the transceivers on each end. VESA inherited cable technology since it was going to be the new standard. The implication was quite efficient but it raised the standard’s cost which for the end-user did not pan out well. The question that needs to be answered from VESA is the future of passive cables. DisplayPort 2.0 uses three data rates: 10, 13.5 and 20 Gbps.

Apart from the aforementioned features including bandwidth improvements, the DisplayPort 2.0 also houses enhancements. One of these enhancements is a Panel Replay with optimizes how the display is refreshed. Ultimately, this helps monitor the power draw and controlling heating issues. The power draw optimization will speed up the charging of the device if it is in use.

Apart from this, Display Stream Compression or DSC will be compulsory for devices with DisplayPort 2.0 support. This lossless compression is responsible for high refresh rates. It’s a new standard which will take some time to be adopted in the industry. Nonetheless, eventually the new standard will make it out and companies will adapt to it. The question that demands explanation is when.

Concluding the new DisplayPort 2.0 arrival, VESA has enhanced DisplayPort’s bandwidth through the use of Thunderbolt 3. Ultimately this will have numerous advantages such as preparing grounds for standardized 8K monitors and above. If you’re someone who is highly anticipated to know when the standard will arrive in the industry, then be sure to note that the potential release time frame is set for sooner rather than later.

Since cable layering is still an issue and many companies will have difficulty adopting the standard to their need, there have to be some tests made. With that said, companies would need to research and device appropriate development techniques to fully take advantage of the new standard. This does mean that it might be a little difficult for the standard to see the physical world this year. In addition, VESA has also taken note of the cable scenario and expects that the first device will make it out to the industry in the latter part of 2020.

While there are months to wait, the upcoming standard will boast speeds which have not been experienced in the category before. It’s a ground-breaking, incredibly smart and useful addition for users. What are your expectations from the upcoming DisplayPort 2.0 standard and its use? Do you think the standard can diversify into new uses? As for personal experience and testing from the end user’s point of view, we will have to wait how it stacks up against HDMI’s approach and answer to the new standard.

This is all that we have to share for now. Majorly all details regarding DisplayPort 2.0 have been listed. If you’re interested in learning more about the upcoming standard, be sure to check out VESA extensive detail on the scenario which includes comparisons to other standards and more. In addition, also share your thoughts on DisplayPort 2.0 in the comments section below and benefit the whole community.