Framaroot is an Android One-click root app supports several Android devices including Samsung, HTC, LG, Sony, ZTE, Alcatel, Acer, Xiaomi and other MTK devices. It mostly supports low-end Android devices or older Android devices. If you’ve been looking to download Framaroot apk to try out if it can root your phone with its exploits.

Due to some restrictions from Google Play, it is not available on Android play store, but there is nothing to be worried about as you can still download the latest version of the app using the direct download links given below with additional mirrors for all versions of Framaroot apk.

The framaroot app developer has dedicated thread on the Xda developer forum where he updates everything related app bugs and new updates. If have any issues you can post on the thread, and hopefully, the developer or any forum member will be able to help you out. I have given a link to the official forum below.

This dedicated post covers everything related to Framaroot including FAQ and how to install framaroot in great details.

Framaroot is a free Android app developed by the senior Xda developer, alephzain.which can be used to root a number of devices in one click without having access to PC. Yes, you heard it right, You can root your device without PC using this particular app, required that it supports your device.

You can check the list of supported devices on the official thread by the developer at Xda thread. The good thing about the app is it continuously gets updates so there is a possibility if your device is not supported today, it might be in future, so it’s good to continuously get update from the thread.

Framaroot is best for users having no experience in Android rooting, using its complex exploits you can easily root and unroot your phone within minutes depending on your Android chipset model and Android version installed.

You can easily download all versions of Framaroot using the direct download links. I would always recommend you to try the latest version as it has the most recent rooting exploits and high probability of getting your device rooted.

How to Install Framaroot and Root Your Android:

I assume you’ve already downloaded the app apk using the above link. Also, make sure you’ve downloaded the updated version of framaroot. Currently, v.1.9.3 is the latest. Finally, your wait is over and let’s move and learn how to install and use Framaroot and gain root access on your Android using the step-by-step guide.

Step 1: Make sure you’ve download apk on your Android device. If you’ve used PC, then copy the apk file to your device.

Step 3: Go to Settings > Security and check “Unknown Sources.” This option allows you to install apps from sources other than the Play Store. 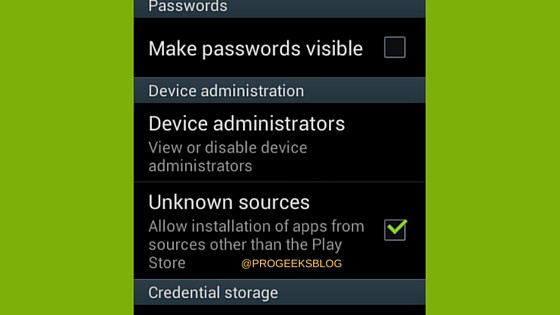 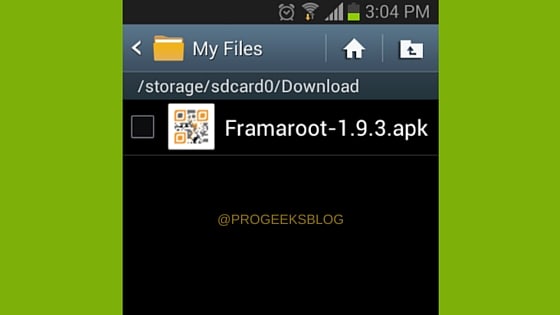 Step 5: Tap on the apk file to run the installation process. It should not take more than a few seconds. 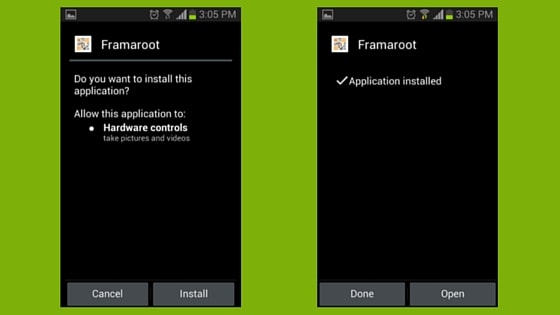 Step 6: Once installed, run and root your phone. Now when you run Framaroot, If you get this message, ” Your device seems not vulnerable to exploit included in Framaroot” it means your phone is not supported and the app will exit. You should now look for an alternative app such as Z4root apk or Motochopper rooting app. 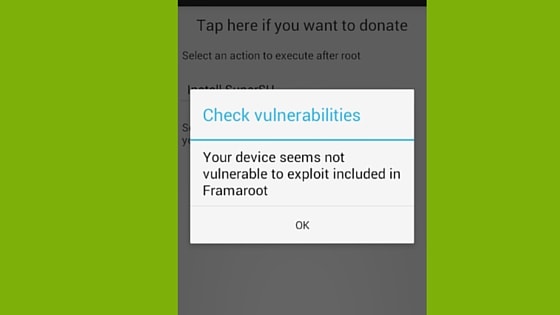 Otherwise, you should be getting the following options: 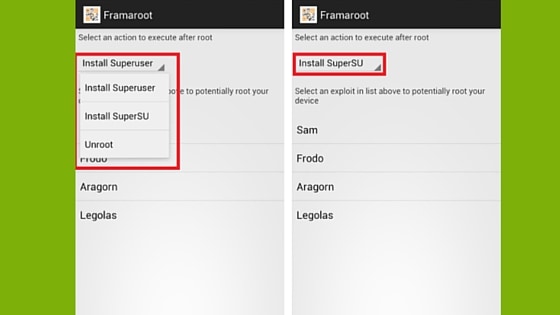 Choosing the SuperSU option will root and install root management app on your device, which later you can run to update SuperSU binaries. You should try different options until you get “Congratulations, your Android device is rooted successfully.”

Answer: It totally depends, currently it is working with Android Jellybean and lower but now if you have upgraded software version on your device then it may not work.

Q2: Is it compatible with Samsung Galaxy S7?

Q3: Is it compatible with Android Marshmallow or Lollipop?

Answer: No it is not. It most commonly works with phones running Android 2.2 and up to 4.2.2 but still depends on many factors. Like your phone might be running Android 4.2.2 firmware but framaroot may still not able to root it.

Q4: When should I use the “Execute script” option?

Answer: When Framaroot says success, but SuperSU is not installed after reboot.

Answer: Try installing framaroot v1.5.3, and it should work fine. If you’re getting errors from 1 to 9, it means you should not further waste your time with it and try another One-Click-Root app.

Q6: Framaroot is not working for my device! What should I do?

Answer: I am really sorry, but don’t worry you may try JoyofAndroid root guide for further guidance.

Did you find it helpful? If you’ve successfully rooted your phone, feel free to let us know in the comment section.