Samsung Gear VR with Controller and Google Daydream View headset needs to be compared in every aspect they hold. They are best alternatives present for each other as they are competing really well with each other. The best part is they remain compatible with the needs of users. These products are mainly for gamers and especially those who are aiming for an ultimate virtual experience.

The Gear VR cranked up the virtual reality of mobile phone with a bang, and Samsung is now making sure that it does not lag behind by VR minions being launched in like Daydream View. But the question is how? With a dapper and classy new controller. There are several profound features of both of these VR headsets which are loved by the people all around the world, but the favorite one is the comfort of which they can have an experience of their lifetime. Also, if we talk about the virtual reality of these VRs, it definitely exceptional and something out of the world, so just making sure you don’t forget to lay your hands on the best one.

The question which arises here is which one is better? That’s what we do at Pro Geeks blog, telling you the exact specs each one is offering by doing a full comparison between the two that you will ever need to know. This will definitely help you decide which one is better and why and in what aspect as well. So don’t worry and gear up for what I am going to tell you. 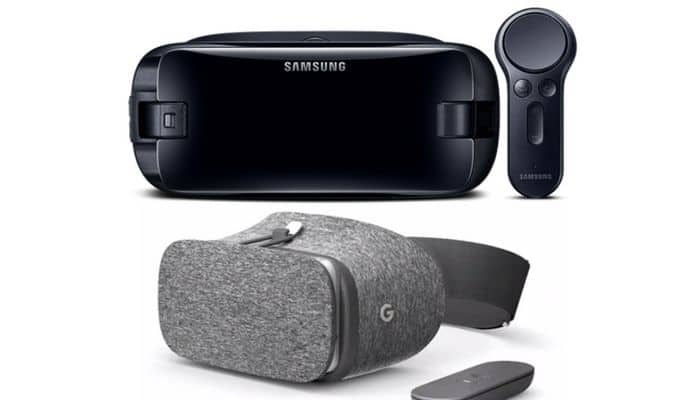 First of all, I am going to talk about the hardware and design of each of them. Google Daydream View Headset’s hardware is designed in such a way that it is relatively smaller than the Samsung Gear VR with Controller. It is mainly because of the prior one lack the need to have the ports for USB cable. This is primarily because it uses the sensors present to get itself attached to the mobile phone. Whereas the latter one needs the USB cable interface to connect to the mobile phones.

Secondly, the Google Daydream View has a cloth covering all around it because there is no need for the addition of supplementary plastic ports for connecting. The cloth wrapped around might add up to a little to the aesthetic sense of a person but just be rational and think about the fact that it is going to be dusty one way or the other; even if you just keep it somewhere on a table and not use it.

It’s cleaning gets very complicated; what will you do with a cloth, are you going to wash it? Well, I doubt it very much. On the other hand, if you wish to clean Gear VR you need to wipe it and that’s it. You are done with it.

Moving further, it is inevitable to mention they are very similar yet divergent in the essential features they have. In order to attach a phone in Google Daydream View Headset, all you need to do is open up the front and place the mobile phone there and then. But it is different with Gear VR because it requires you to remove the faceplate and carefully lock the phone in place. It’s a bit complicated when compared but not that much.

Gear VR being more sophisticated when compared to the Google Daydream, it is easy to adjust it according to your eyes’ comfort level. When we talk about the adjustability about focusing the screen, it is again a winning moment for Samsung Gear VR with Controller because of it more feasible with it.

Moving ahead it is very much significant to talk about the performance of each of these. In my opinion, the screen focusing is far more easy with Gear VR as compared to Google Daydream. It is mainly because of the technology used therein. Also, fogging occurs in both cases. It happens because when you breathe from the mouth, some of an air moves upward causing your vision to blur. This problem is not much occurred when using a Google Daydream because there is a gap in the headset on its underside, this provides enough space for ventilation, stopping the lenses from fogging up.

When it comes to enjoying what you are doing, a greater virtual experience is offered by Gear VR with the controller as compared to Google VR. The controller present makes it easier for a person to navigate and even browse. This has helped the gaming enthusiasts more in such a way that they go in the special magical world. The precision with a controller is definitely greater than ever before. The slight angling makes it easier for a gamer to go for long sessions of gaming, enjoying what he exactly is doing. 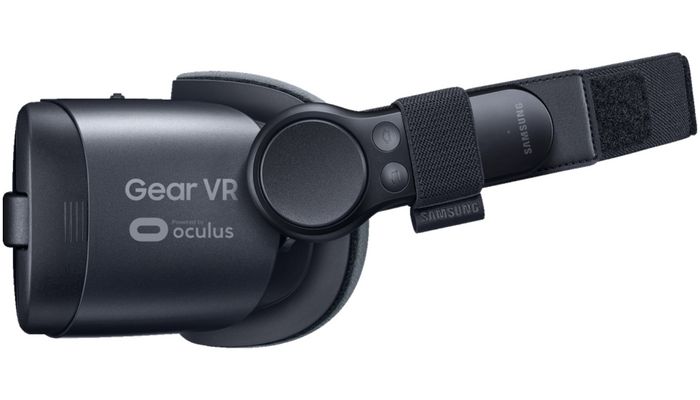 When you talk about portability, both are acing in this case. It is mainly because both are portable. You can take them anywhere with you whenever you want to well, of course, it is only possible if it is yours! Joking is as part but just being clear, let me tell you both are handy, the Gear VR with a controller remains handy as well, even there is an addition of an accessory, but still you can move around with it.

Going forward, it becomes necessary now that we need to discuss the very fact that which one more compatible with different mobile phones. First of all, let’s be clear about this that Google Daydream uses sensors in order to connect to the mobile phones whereas when it comes to Gear VR, the mobile is connecting by using the USB cable interface only. This makes Google Daydream compatible with a great number of mobile phones including Google Pixel, Pixel XL, Huawei Mate 9 Pro, ZTE Axon 7, and Moto Z are currently Daydream-ready phones.

However, the Gear VR with Controller is only compatible with only a few Samsung Galaxy phones including Note 5, S6, S6 Edge, S7, S7 Edge, Galaxy S8 and S8 Plus. This makes Google Daydream rather good in this scenario. 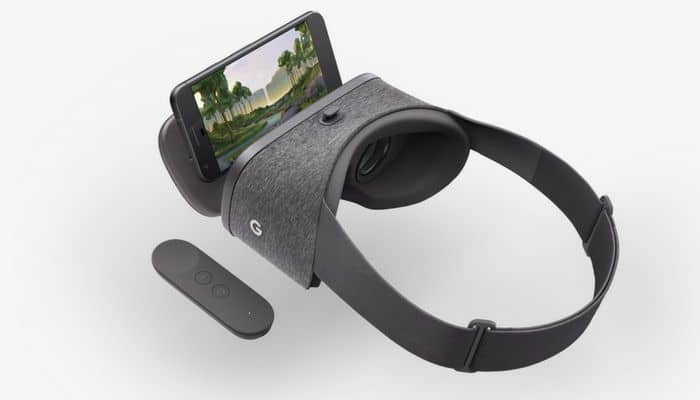 Now, I am going to talk about the prices of each of them. Talking about Google Daydream, it is comparably cheap totally costing $79. Gear VR is nearly the same price, but when it comes to Samsung Gear VR with Controller, it becomes a little bit expensive and would cost around $129. The Gear VR controller alone costs $39.

On a serious note, it becomes mandatory for me to mention that if you are a true gamer and a gaming freak, I guess you should not mind paying a little extra for an amazing virtual experience you are about to have with Samsung Gear VR and its Controller. 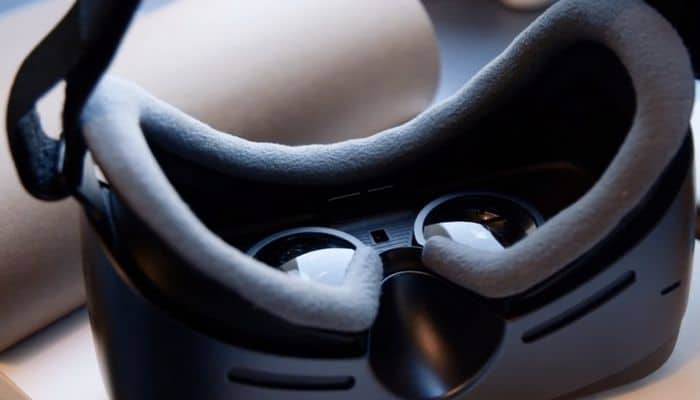 We are always concerned about the comfort levels. This is the reason that now I am going to discuss the comfort and contentment you get when you are using each of them. In this case, I’ll suggest that your vision remains more focused when you are with Gear VR, however, with the fog issue Google Daydream is highly recommended.

Also, adjustability with your eyes is most important, and this is provided in more by the prior than the latter. When it comes to gaming, the essence of gaming resides in easiness and enjoyment. This very easiness lies when you are better able to comprehend with the situations available in the app store. This is the essence, it is important because when you are a gamer, you want really long gaming sessions. The longer the gaming sessions are, the more relaxing postures you need with everything; be it your back, your eyes or anything else. 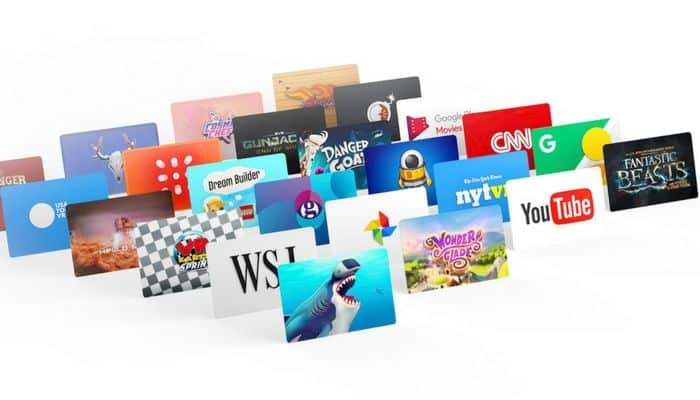 Samsung collaborated with Oculus to innovate the invention of Gear VR by introducing the Controller. At present, there are 20 apps in Oculus VR app store, but this number is definitely going to increase to 50 and 70 and even more in the future.

The Oculus environment made it even more amazing, and it will definitely fascinate you. The best thing is that there is a separate purchasing system for this app store. This means that the typical rules of Google play store do not apply to this app store, great isn’t it? It is a plus point definitely.

On the other hand, with Google Daydream, there are several apps supported by the Google play store. This is because the technology used by the Google Daydream View Headset is old and there is nothing new in it. Since the invention of time, when it was introduced, there have been a lot of time has passed which means enough time was available to make and launch new apps compatible with it. Whereas it’s been a few days since the launch of new Samsung Gear VR with Controller, so there are fewer apps available, but this number is going to increase in future.

Now, it is the time to help you choose, and give you the precise point of choice. For now, this discussion is won by the Samsung Gear VR Controller. This is mainly because the favorable points for it outnumbered the points which went against it. It successfully provides more comfort, easy cleaning, greater virtual experience, enhanced features and ultimate glee for the pro gamer. So, what are you waiting for? Go get your hands on the latest Samsung Gear VR with Controller.