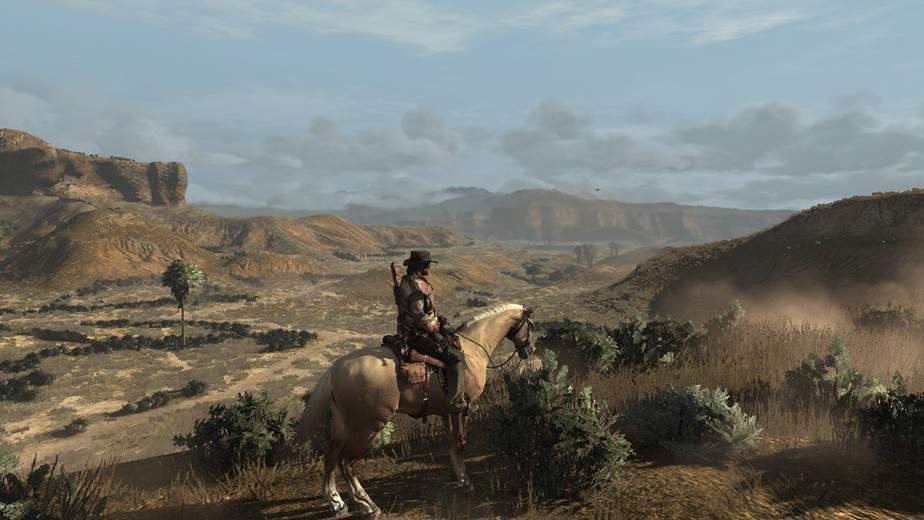 Rockstar Games in 2010 released the original Red Dead Redemption, and it was a huge hit and garnered great reviews from the critics as well as the players. The only problem though was that it wasn’t released on PC and many people were upset about this fact.

It has been more than six years since the launch of the original game and naturally the rumors have started making rounds that the next version, whether it be a sequel or a prequel will be released shortly, which was also reported by us a few days ago.

However, recently Rockstar Games tweeted a photo which contains seven shadows against a setting Sun and red sky. It should be remembered here that red and black is the color scheme from the original game which is the greatest hint that this is a teaser for the next version of the Red Dead Redemption.

What does this picture tell us apart from that it is a teaser? The seven shadows, in reality, might be pointing to a setting involving seven main characters. It’s also entirely possible that this may be a hint towards a multiplayer online game. Whatever it is, this teaser is a good sign and shows that Take-Two and Rockstar Games are committed to the Red Dead franchise.

It may also be noted that the Rockstar Games have changed their logo across all social media platforms to match the red and black color scheme of Red Dead Redemption. Usually, this is a sign that the game’s release is very near.

It that is also the case with this logo change, then it can mean that the sequel may be released very soon. May 2017 is a good bet given that the original game was also released in May 2010.