Do’s and Don’ts When Flying Drones in UK 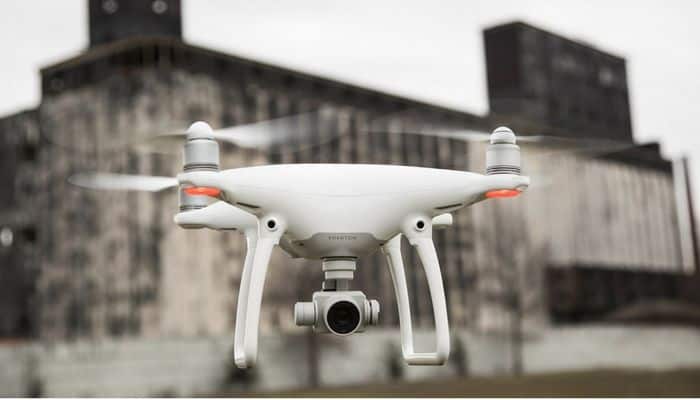 Drones, in the technological context, are unmanned aircraft that are flown for various purposes. Traditionally, they were used by the military but now they have become common among the public too.

The crafts may be controlled by remotes or fly according to flight plans that have been fed in their systems and use GPS to navigate. Nowadays, Drones are becoming increasingly common.

They are being used by common people for surveillance purposes. Other than that, YouTubers, Instagrammers are wedding or event photographers are also using them to capture pictures and take videos. For some, drones are an updated version of the remote-controlled plane toys they used to fly as kids.

Camera drones are becoming more and more popular and the prices coming down, sales are increasing. In 2014, in a period of just 10months from January to October, there was an 80% increase in the grants of permits for flying drones in the United Kingdom.

A comprehensive guide for drone users in the United Kingdom. Find answers to the most common questions regarding drone usage license and policies.

Drones camera are being used for multiple purposes:

Wedding and Event photographers use drones to capture video footage of the whole event. Other than that, YouTube vlogs and videos are also being shot through drones by the YouTubers to give a touch of realism to their videos.

For some people, drones are just a fun activity. They use them to impress others or just as a pastime.

To expand their coverage, most news channels are using drones to telecast live events such as rallies and protests. Drones are equipped with video cameras which take aerial shots and videos thus covering a larger area.

Drones, fitted with cameras with a longer focal length are used for aerial exploration of hydrocarbons, minerals and collecting Geophysical data. These are also used to collect data about wildlife and insect population which is then used to deduce biological and zoological statistics regarding these beings.

In agriculture, drones are of much use as they are used to inspect crops from above. They are today being used in the UK to check plant progress, plant health and any damages caused by storms or pests. Drones provide an efficient way to do all this while saving a lot of manual labor and time.

Drones are changing the game for surveyors. By using drones, thousands of point data can be collected in a very short time which gives the surveyors more time for analyzing data rather than having to spend it on collecting it.

UAV photogrammetry is the new trend in the field of Cartography. Cameras are mounted on the drones which take sharp aerial imagery of the landscape. The benefit of using drones is that it saves a lot of time and the data is highly accurate.

The Drone Operator’s Guide to the UAV Galaxy

Civil Aviation Authority has released a drone code which all drone users have to follow. There are few Dos and Don’t that the users should familiarise themselves with.

According to Aviation Minister, the aim of CAA is to prioritize public protection. He said, “Like all technology, drones too can be misused. By registering drones, introducing safety awareness tests to educate users, we can use the inadvertent breaching of airspace restrictions to protect the public”.

There are a few rules that are to be remembered by the drone users at all times.

1. You are responsible for each flight

Just like driving a car, flying drones is also a huge responsibility. You are not only responsible for your own self but also for others around you.

4. For commercial use of your drone, get yourself registered by the CAA

If you want to use your drone for paid work such as photography or surveillance you need to get a permit from the CAA. The process involves getting a course and then passing a test which will judge if you are competent enough to fly a drone. The test is conducted by Nation Qualified Entity.

The misusers of drones usually come under the Air Navigation Order 2009 but their case may fall under other laws depending on the offense.

The Public Order Act may be used if the drone users are suspected to be causing a nuisance to the public or destroying the peace of an area community.

Anyone who breaches the privacy of a citizen using his or her drone can also be charged under the laws protecting the public from Harassment and Sexual Offences.

Anyone found collecting data from a government or military base or any area that is off limits will be punished accordingly under the Data Protection Act.

In some cases, Terrorism Act might also be used by the police to charge the misusers of drones if the drone is doing anything to harm the safety of the public.

The police have been given certain instructions in this regard. The first thing that police is instructed to do if they think a drone is being used for any harmful purpose is to take a picture or video of the drone.

Next, they can ask the person to land the drone. In case the person refuses, the police have to wait until the battery runs out.

The police are not advised to take control of the drone until the situation is such that any damage to life or property is expected. Under no circumstances in the Air Navigation Act can the police seize or confiscate your drone.

However, they can do so under the Criminal Act if any of your activities go against that Act. The police cannot ask the user to show them the data stored in their drone cameras until they suspect the user being involved in some terrorism-related offense.

It is absolutely important for the drone owners to fly their drones in complete compliance with the Data Protection Act. If you are using your drones for commercial purposes, registration and permission from the CAA are necessary.

Use of drones for paid purposes without having a permit from the CAA is against the laws. Non-commercial users do not have to follow these laws. However, if they have any video footage or pictures of identifiable persons, they are not allowed to use it for any kind of gain or for breach of anyone’s privacy.

If you buy a drone or are gifted one, it is your responsibility to use it responsibly so that you don’t cause any harm to yourself or those around you.

For further knowledge on the issue, you can read The Civil Aviation Authority’s guide to drone safety on their website i.e. www.caa.co.uk.

Another website to learn more about the rules is NoFlyDrones.co.uk where you can read about the ideal places for flying your drones.

The breaking of any of these rules can lead to severe action by the CAA and it may result in confiscation of your drones. So, fly responsibly!

Best Drone to Buy in UK – Reviews and Buyer’s Guide